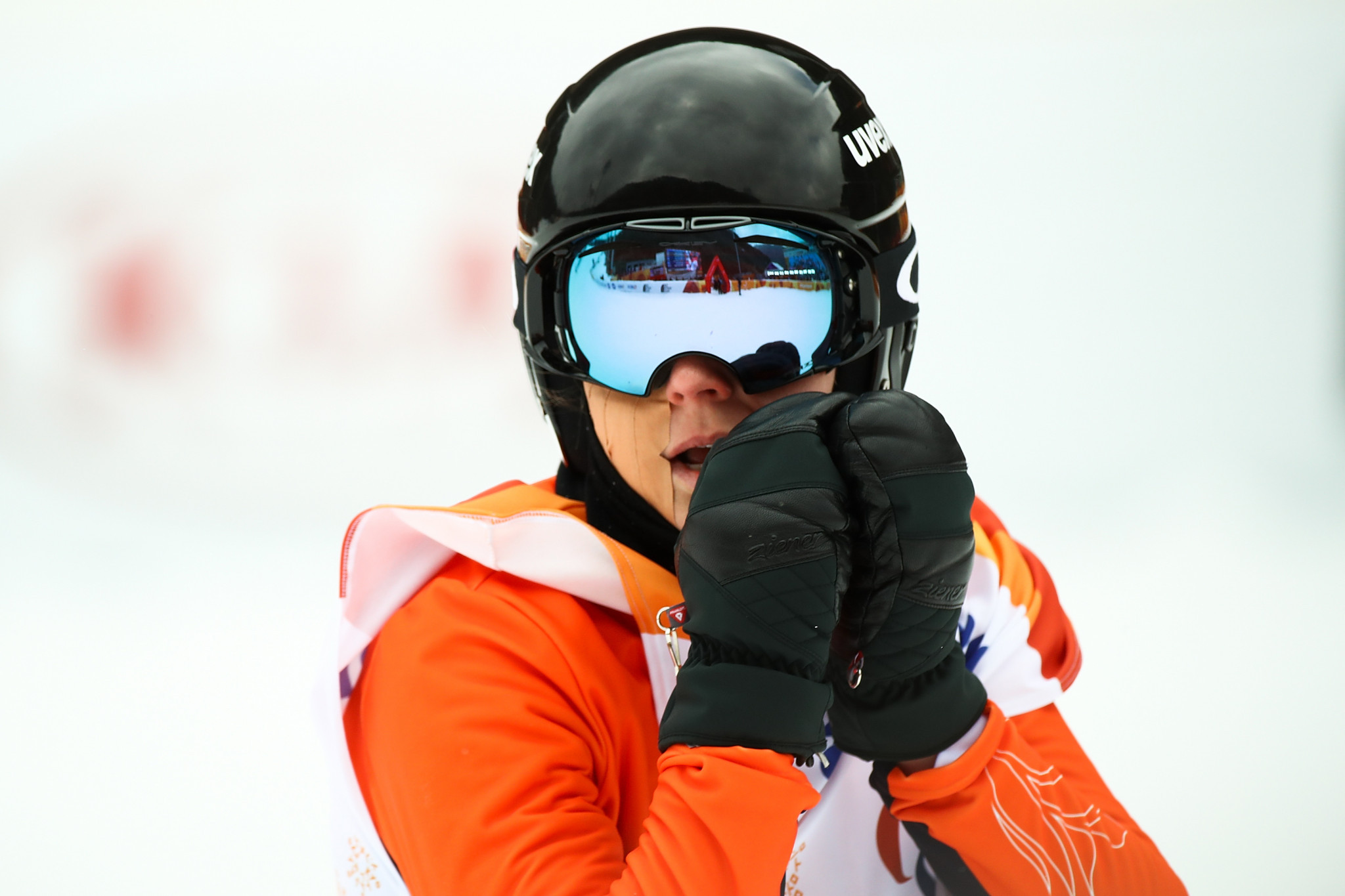 The snowboarder, nominated for the International Paralympic Committee’s Athlete of the Month award for March, clocked 42.07sec in her first run of the event.

She was unable to better the time with her second effort, but the opening run proved enough to claim victory.

Renske van Beek and Anne Garttener completed an all-Dutch podium, ending in times of 46.84 and 47.05 respectively.

Canada’s Alex Massie topped the standings in the men’s competition after he achieved a best time of 37.35 in the second run.

United States’ Keith Gabel had been in first place after the opening run but his time of 37.80 but he slipped to second following his second second run.

The top three was rounded off by Zach Miller, another American, who finished in 37.90.

Noah Elliott wins 🥇 in the final banked slalom race (men's LL1) of the season at the @Parasnowboard World Cup Finals in Sweden 🇸🇪! @GabelKeith 🥈 and Zach Miller 🥉 win their own hardware in the men's LL2 class 💪

The men’s SB-LL1 title was secured by Noah Elliott as the American snowboarder posted the fastest two times of the event.

His best time o 37.66 was 1.59 seconds quicker than runner-up Chris Vos of the Netherlands.

A closely contest men’s SB-ULL event saw Austria’s Patrick Mayrhofer emerge as the winner in a time of 38.66.

Australia’s Sean Pollard and Simon Patmore completed the top three in 39.68 and 39.97 respectively.

Competition is due to resume on Sunday (April 7).