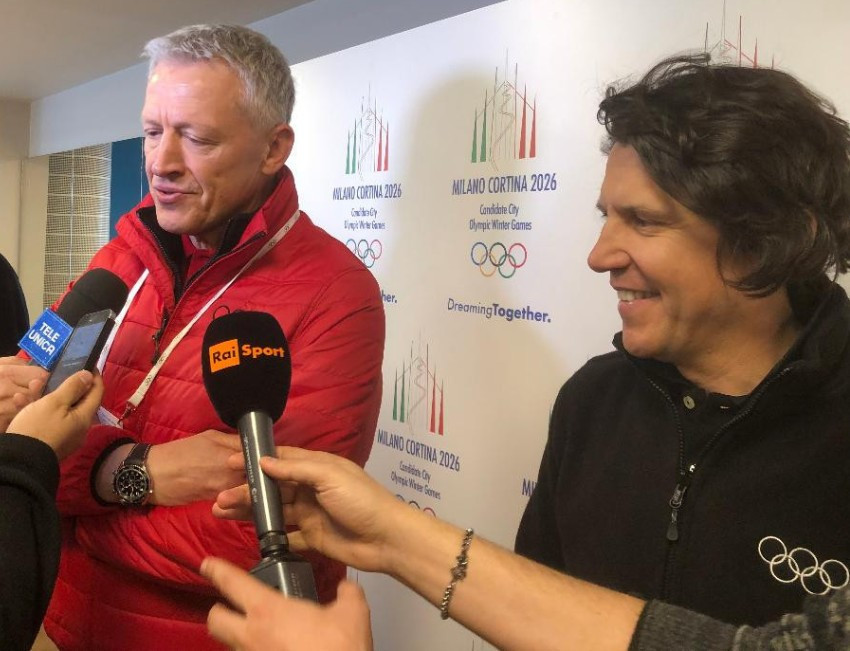 There has been no contact between the Government in Sweden and the International Olympic Committee (IOC) about Stockholm Åre 2026 since an inspection visit there last month, it was revealed here today.

The Swedish Government have so far failed to offer any firm assurances they will back the campaign to host the Winter Olympic and Paralympic Games in 2026 by providing the guarantees on issues like security and entry visas into the country which are required by the IOC.

Sweden's Minister of Sport and Culture Amanda Lind said during the IOC Evaluation Commission visit, which ended on March 16, that they were aware of the deadline of April 12 - the date completed candidature files are due to be delivered - and were working towards meeting it.

Since then, the IOC has not heard from the Government in Stockholm with the deadline fast approaching.

"We haven't got any contacts lately but this is something we are working on with a deadline of April 12," Christophe Dubi, the IOC's executive director of the Olympic Games, said here today.

The stakes have been raised by the announcement earlier in the week that Italy's Prime Minister Giuseppe Conte would sign the financial guarantees required by the IOC, including the €415 million (£355 million/$465 million) security budget, on behalf of the joint bid from Milan and Cortina d'Ampezzo, which is currently being evaluated.

It gives Milan Cortina 2026 a clear advantage over its only rivals and leaves the IOC with some certainty that it will have at least one candidate that fulfills its criteria.

Stockholm's Mayor Anna König Jerlmyr had also failed to fully pledge her support during the IOC Evaluation Commission visit, going only as far as to say her city would be "happy to provide and lease our facilities" to stage the Games.

Political opinion in Sweden remains split at both national and city level about whether there should be backing for Stockholm Åre 2026.

A centre-right and Green coalition has been in power in Stockholm since September and has refused to back the bid.

It is a similar situation at state level.

Dubi had told insidethegames during the IOC Evaluation Commission visit in Sweden that it would not mean the end of the Stockholm Åre 2026 bid if they missed the April 12 deadline.

Here, though, he appeared less certain of that.

When he was asked here what it would mean if the Swedes failed to meet the deadline, he replied simply: "Speculation."