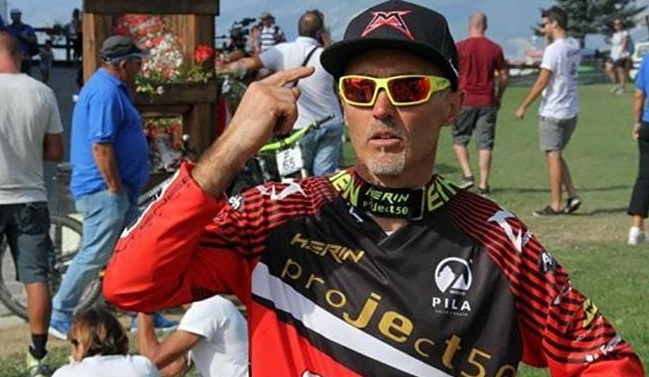 The International Luge Federation (FIL) has paid tribute to former world champion Corrado Hérin following his death in a plane crash at the age of 52.

The FIL said Hérin was a passionate hobby pilot and “wanted to sprinkle confetti on a celebrating crowd” when the small plane he was piloting crashed near the Torgnon ski lift in the Aosta Valley on Sunday (March 31).

The 52-year-old was reportedly killed on impact.

Hérin won a gold medal in the men’s doubles event at the 1986 and 1992 Natural Track Luge World Championships alongside partner Almir Bétemps.

He also won silver medals in the singles and doubles events at the Championships in 1990.

Hérin secured European Championship doubles gold in 1993, along with silver medals in both 1985 and 1987.

He clinched a bronze medal in the downhill event at the Mountain Bike World Championships in 1994 and the Italian was crowned winner of the Downhill World Cup title three years later.

In 2016, Hérin won the over 50s masters world title in the discipline.

"There are no words to express the dismay and the pain for the premature and tragic death of Corrado Hérin,” said Francesca Pellizzer, president of the Aosta Valley Committee of the Italian Cycling Federation.

“Beyond the all-round sports man, the void he leaves on a human level is enormous.

“An authentic fan of many sports disciplines, as well as an all-round champion, first sled and then mountain biking, will leave an indelible memory in the world of bicycles.”

Hérin is survived by his wife and two children.