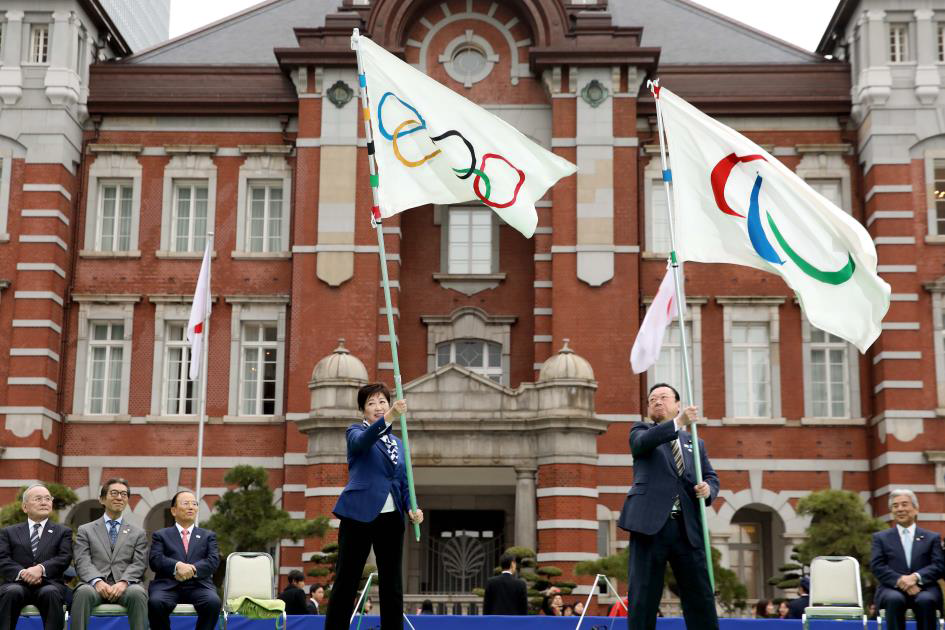 Tokyo 2020 have held a ceremony to mark the return of the Olympic and Paralympic flags to the Japanese capital following a tour of the country.

She was joined by Yoshitaka Sakurada, Minister for the Tokyo Olympic and Paralympic Games.

The Olympic and Paralympic flag tour began after their arrival from Rio de Janeiro in 2016 following the Games in the Brazilian city.

The flags were first taken to each of Tokyo’s cities, towns, wards and villages.

They were then taken across the country, where around 80,000 people were claimed to have attended welcome ceremonies in Japan’s 47 prefectures.

Events were also arranged at schools in Japan during the tour.

According to Tokyo 2020, a total of 125 schools were visited, where pupils were able to see the flags.

Over 100 athletes took part in the events, Tokyo 2020 stated, with Olympians and Paralympians meeting members of the public.

Organisers claim the events have helped to promote the Olympic and Paralympics prior to next year’s Games, particularly among young people.

The final flag tour event was held on Saturday (March 30).

The event saw Japanese hopefuls from a variety of sports take part in sporting events with members of the public.

Each of the athletes were claimed to be seeking qualification for next year’s Games.

The sports of BMX, skateboarding and boccia were among those represented.