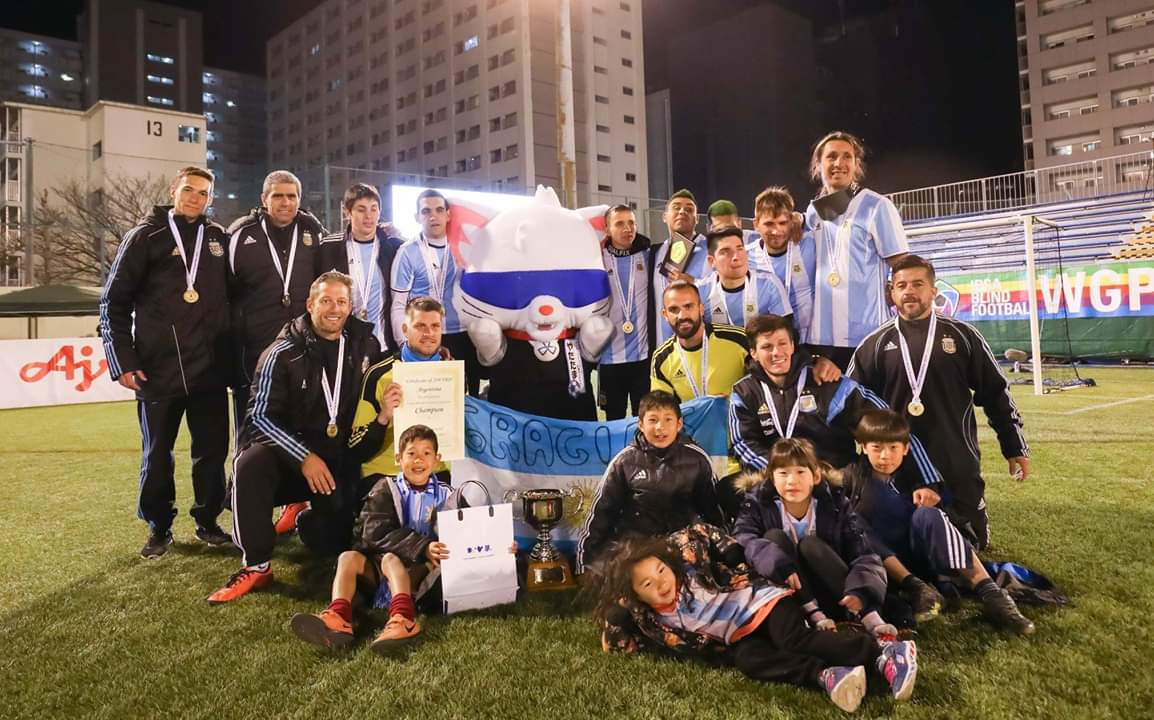 The Argentinian blind football team are among the nominees for the Americas Paralympic Committee (APC) athlete-of-the-month award for March.

They retained their title at the Blind Football World Grand Prix after defeating England 2-0 in the final in Tokyo.

Nominated alongside Argentina is Colombia's Diego Duenas, who took gold in the men’s scratch C4 at the Para-Cycling Track World Championships in Apeldoorn.

Chilean table tennis player Matias Pino is up for the accolade after securing silver in the men's singles class six at the Lignano Open in Italy, while snowboard cross star Noah Elliot of the United States joins him for achieving his first world title in the men’s cross SB-LL1 in Finland.

Brazil's Rodolpho Riskalla completes the nomination following his success on debut at the Al Shaqab Para dressage competition in Doha.

The winner is chosen by public vote, which is open until April 8.

She broke the Americas record of 13.15 metres in the women’s shot put F12 on her way to gold at the Dubai Grand Prix.