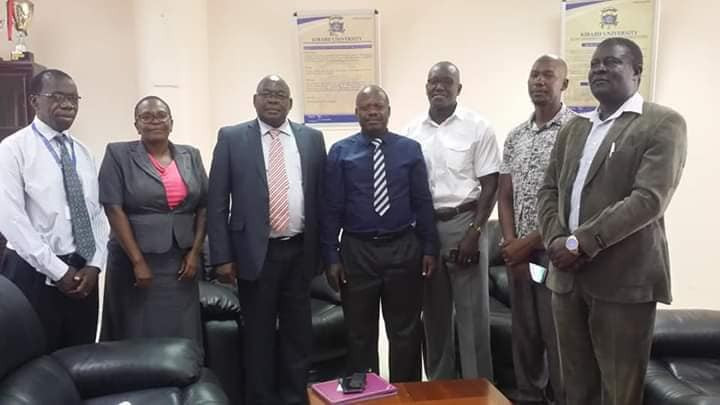 The Kenyan Taekwondo Association (KTA) has announced an end to infighting, in a rare show of unity during a function in Nairobi.

The KTA has long been plagued with internal disputes and in 2017 the Association was banned from taking place in elections at the National Olympic Committee of Kenya (NOCK) due to a leadership row.

Now though, the Association has pledged to come together for the good of its athletes.

“We have long been a factional federation, which has hurt the growth and development of our popular sport and athletes but that is now a thing of the past,” KTA President Suleiman Sumba is quoted as saying by allAfrica.

“We are focused on building a formidable team for all upcoming championships, with an eye on the prize during the Tokyo 2020 Olympics next year.”

A legal row between the KTA and NOCK erupted two years ago when the KTA were banned from taking part in NOCK elections due to a leadership dispute.

The ban meant Stephen Kiptanui arap Soi and James Chacha were prevented from standing at the General Assembly as they were both nominated by the KTA, and as a result the KTA obtained a court order preventing the elections from going ahead.

At the time, Soi and Chacha were among several Kenyan officials facing charges of theft and embezzlement, following the disappearance of cash and equipment meant to help Kenya's athletes prepare for the 2016 Olympic Games in Rio de Janeiro.

A trial in which Soi is a defendant started last month, though Chacha is not facing charges.

NOCK President Paul Tergat, who was set to be elected at the 2017 Assembly before it was postponed, expressed his pleasure at the news.

"I have all along expressed my disappointment with the many divided houses in our sports federations and associations in Kenya," he said.

"Today the Taekwondo Federation have shown us the way to go - that we are better together than apart.

"I hope and pray other Federations with wrangles of whichever kind will get inspiration and follow the example of taekwondo, so that we can be able to prepare our young people for national assignments without distraction.

Tergat assured the KTA that NOCK will support them in any way necessary to help bring success to Kenya.