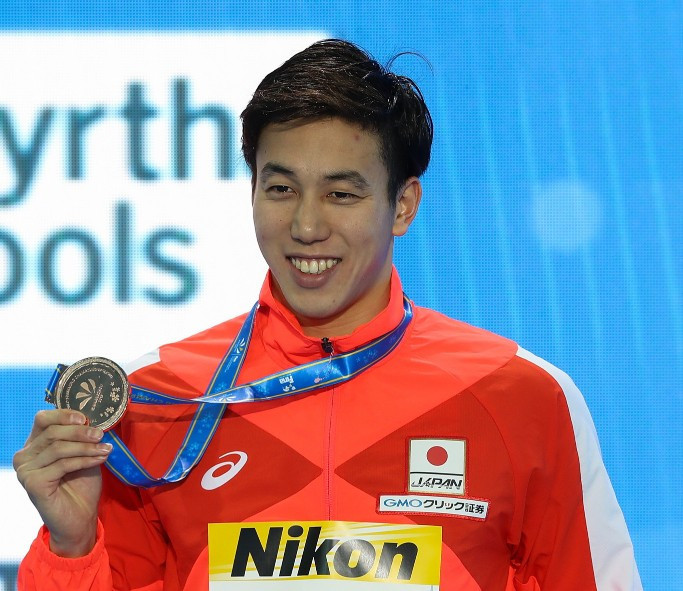 Japanese swimmer Hiromasa Fujimori has been suspended after failing a drugs test for banned stimulant ephedrine.

Both his A and B samples failed and he faces a lengthy ban from the International Swimming Federation (FINA).

Fujimori won two bronze medals in Hangzhou, in the 100 metre and 200m medleys.

He finished fourth in the 200m medley at the Rio 2016 Olympics, a race won by American legend Michael Phelps.

"Frankly speaking, I am shocked at these test results," Fujimori said in a statement released by the Japanese Swimming Federation.

"I don't take medicine or supplements."

FINA will hold a hearing with Fujimori able to appeal.

He also won 200m medley silver at the 2014 Asian Games in Incheon in South Korea, as well as Universiade silver in the same event in Russian city Kazan in 2013.

News of his failure comes with Japan preparing to host next year's Summer Olympics in Tokyo.

Fujimori would have been in line to compete at his home Games.

In May, Japan's two-time backstroke swimming world champion Junya Koga was removed from the country's squad for the Asian Games in Jakarta and Palembang after failing a drugs test.

He tested positive for traces of banned androgen receptor modulators LGD-4033 and SARM S-22 in an out-of-competition test in Tokyo.

Both substances can help build muscle.