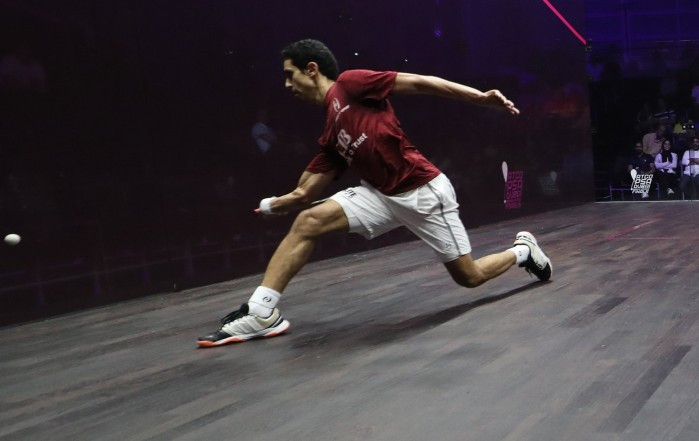 World number three Tarek Momen cruised into the quarter-finals of the Grasshopper Cup in Zurich.

The Egyptian dominated proceedings against France’s Mathieu Castagnet at the Professional Squash Association World Tour Gold event at Halle 662 in the Swiss city.

He will now face the challenge of India’s Saurav Ghosal in the quarter-finals, with their match due to take place tomorrow.

Second seed Ali Farag earned his place in the quarter-finals.

The world number one will now have a quarter-final match against Mohamed Abouelghar of Egypt, who beat Switzerland’s Nicolas Mueller 11-8, 11-8, 11-9.

He is set to face Colombia's Miguel Rodriquez tomorrow.