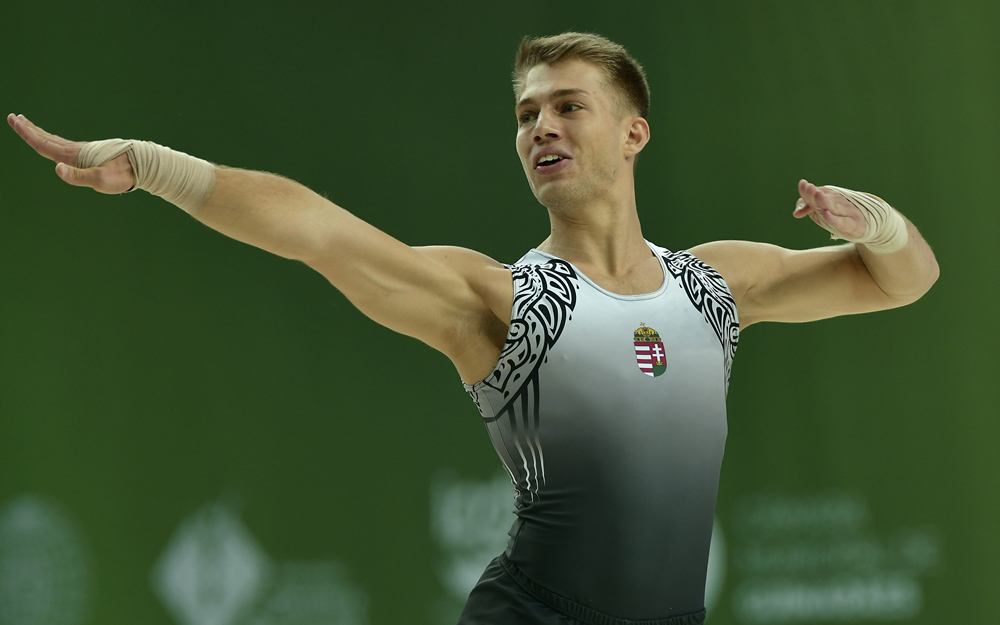 Anastasiia Ziubina will be among the stars on show at the opening International Gymnastics Federation (FIG) Aerobic World Cup of the season in Cantanhede.

She will return to Portugal as the headline name in the women’s competition at Os Marialvas Sports Hall.

Ziubina will be one of 25 gymnasts to take part in women’s qualification at the World Cup, which will take place over three days.

Hungary’s Daniel Bali will be among the leading contenders to win the men’s competition.

He also secured a silver medal at last year’s World Championships, where Japan’s Riri Kitazume was crowned the men’s winner.

Bali is part of a 19-strong field in Cantanhede.

The Hungarian has won the men’s event for the past three years.

“Going to a place where I have good memories gives me a good vibe but, aside from that, competing there does not differ from any other competitions,” he said.

“All the aerobic gymnasts, coaches and fans would like to see our sport in the Olympics.

“We could add a very diverse, show-like discipline to the Games.

“Our technical committee is working hard on it but there is probably still a long way to go.”

Competition will take place in the mixed pairs and trio events, as well as the individual events.

Seven teams will also participate in the groups event.

Qualification will be the focus of the first two days of the World Cup.

Action will conclude on Sunday (March 31) when the finals will be held.