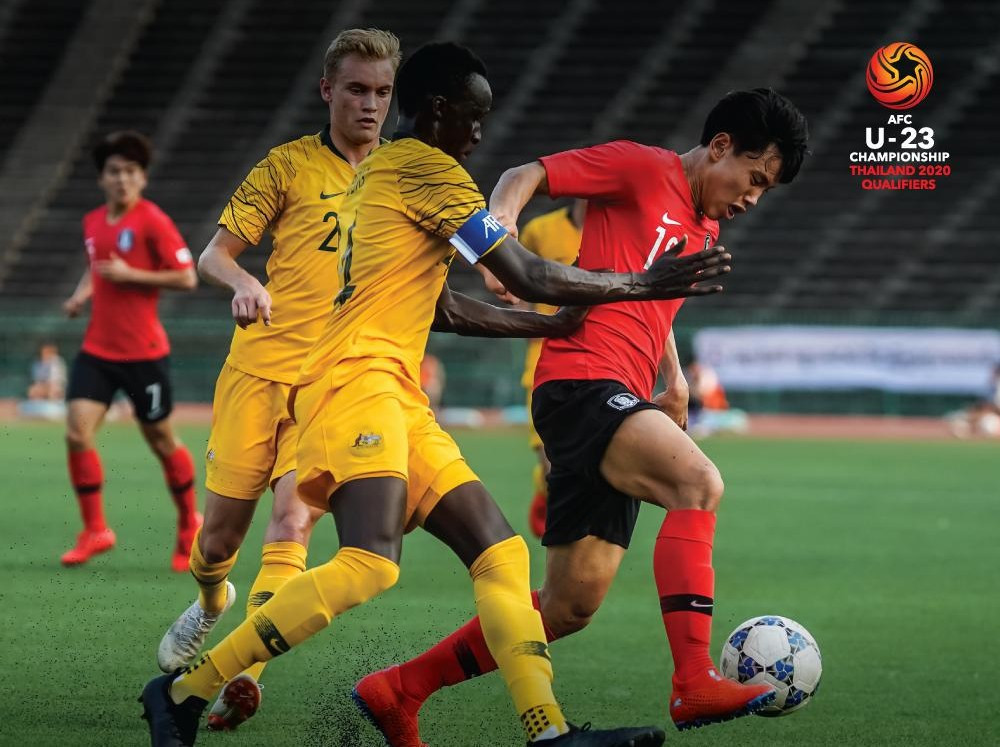 Iraq, Japan and South Korea are among the qualifiers to the Asian Football Confederation (AFC) Under-23 Championships, which will decide the continent’s representatives at next year's Olympic Games in Tokyo.

The three nations were Asia’s participants at the Rio 2016 Olympics and ensured they remained in contention for next year’s Games.

Iraq topped Group C of the qualifying event by beating Turkmenistan and Yemen, as well as drawing with host nation Iran.

Iran also progressed to the tournament after finishing as one of the four best runners-up.

A late comeback from South Korea saw the London 2012 bronze medallist recover from 2-0 down to draw with Australia.

The result saw the South Korean avoid elimination from the competition, with the draw putting them through as Group H winners on seven points.

Australia advanced as runners-up on the same points tally, having earlier beaten Cambodia and Chinese Taipei.

Congratulations to the 16 nations who have qualified to the #AFCU23 Finals! 👏 pic.twitter.com/SozcyCYq9O

Japan cruised through qualification as they beat Myanmar, Timor-Leste and Macau in Group I without conceding a goal.

Bahrain and Vietnam were the only other nations to progress from their groups with a perfect record of three straight wins.

Both Syria and Saudi Arabia clinched places at the Championships by ending among the best four runners-up.

The 15 qualifiers are set to join host nation Thailand at the tournament, due to take place from January 8 to 26 next year.

The top three nations are the tournament will qualify for the Olympic Games.

Japan are already assured of a place in the Olympic football tournament as the host nation.