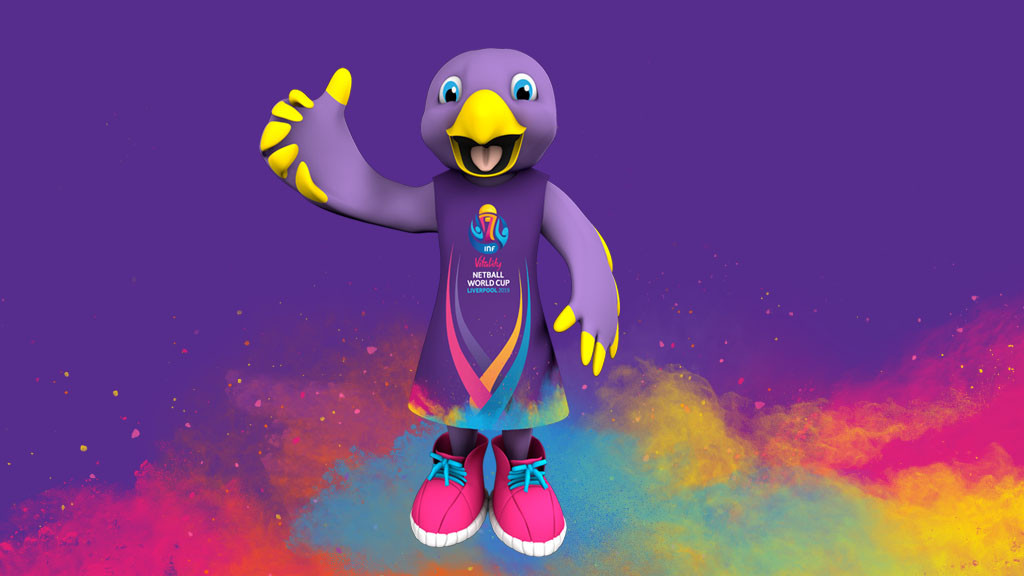 The mascot for the 2019 Netball World Cup in Liverpool has been revealed as Jude, a Liver Bird designed by 10-year-old Orla Burner from Hertfordshire.

Jude is inspired by the song Hey Jude by the Beatles, the world famous band from the World Cup's host city.

The Liver Bird, normally represented as a cormorant, is seen as a symbol of Liverpool and are energetic and agile animals, which are also great attributes for a netball player.

Representations of the bird can be found throughout Liverpool.

The two most famous stand atop the clock towers of the Royal Liver Building at Liverpool's Pier Head, overlooking the Mersey.

Jude is purple, a nod towards the colours of the tournament, due to feature 16 teams and scheduled to take place between July 12 and 21.

"I believe Jude will be a fantastic mascot as she represents girl power, brings to life both the heritage of Liverpool and the culture of world netball, and spreads positive energy wherever she goes," said Burner.

"Jude believes passionately in fair play and is tenacious on the court.

"A great role model for fans of netball, she encourages girls to spread their wings and soar to new heights."