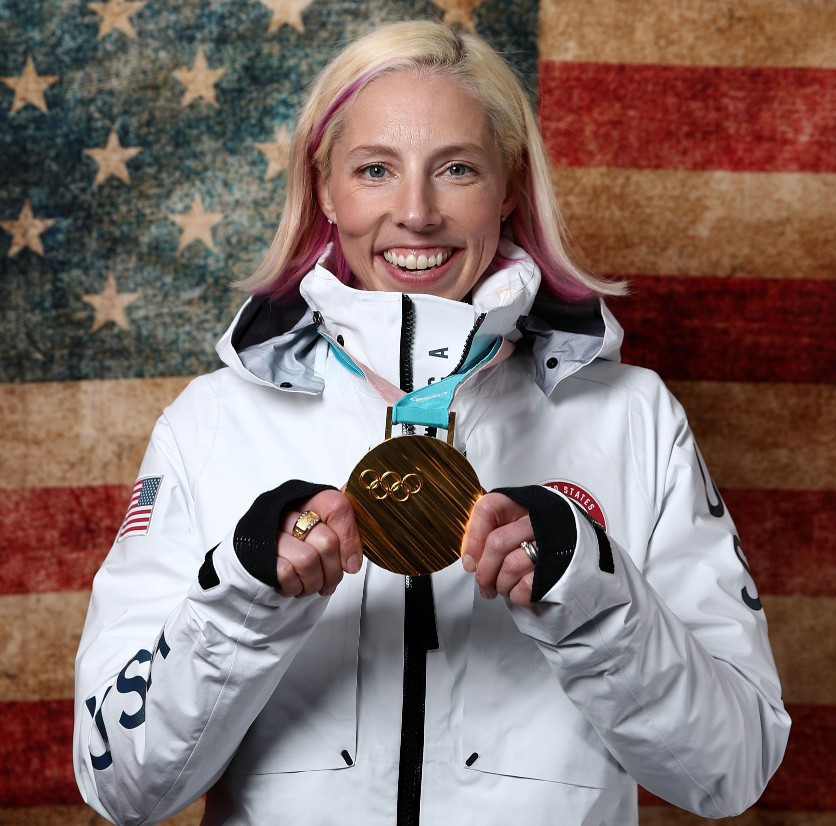 The American cross-country skier revealed a breast cancer diagnosis in July of last year, just weeks after she won the team sprint Olympic title with Jessica Diggins at the South Korean Games in February.

Their title at Pyeongchang 2018 was regarded as one of the most exciting moments of the Winter Olympics as they pipped Sweden's Charlotte Kalla and Stina Nilsson on the line.

It meant a first Olympic title in cross-country for the United States.

"I am cancer free as far as we know," 36-year-old Randall, who is now retired, said in an interview on NBC News.

"It was a totally crazy adventure, I mean the absolute opposite of what I expected coming off the gold medal, but it's amazing how quickly my athlete frame of mind took over and I just knew this was going to be my latest challenge."

Randall also won the team sprint world title with Diggins in 2013, as well as the individual sprint crown on the World Cup circuit for three consecutive years from 2012.

She was born in Salt Lake City but grew up in Alaska.

At the end of Pyeongchang 2018, Randall was confirmed as an IOC Athletes' Commission member.

Chinese speed skater Zhang Hong was chosen by the IOC as a third addition to the Athletes' Commission.