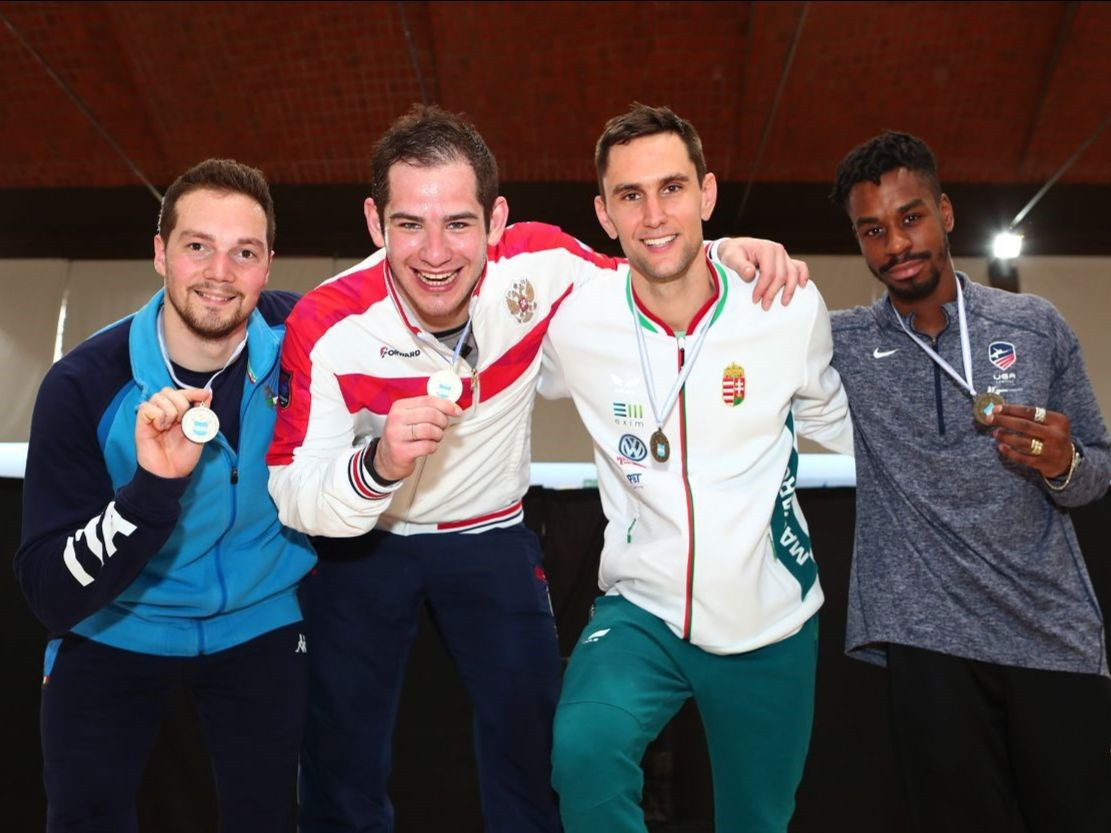 First and second-place finishes for Bida and Cimini respectively represented career bests for both fencers.

World number two Bogdan Nikishin of Ukraine was beaten 13-10 by Rédli in the quarter-finals, while London 2012 Olympic gold medallist Rubén Limardo-Gascón of Venezuela lost 15-12 to Cimini in the round of 16.

In the team event, Japan defeated Switzerland 45-32 to secure the gold medal.

The East Asian nation beat Venezuela 45-37 to reach the final.

Switzerland overcame Russia by the same scoreline in the penultimate round.

The bronze medal went to Russia by a single point over Venezuela, 30-29.

A total of 216 individual fencers and 29 teams competed in Buenos Aires.