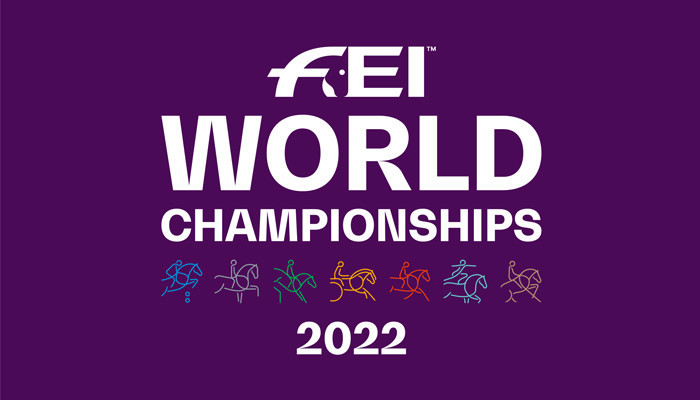 A total of 20 countries have submitted expressions of interest to host International Equestrian Federation (FEI) World Championships in 2022, it was announced in Lausanne today.

The FEI have not publicly revealed the names of the countries but did say they were from Asia, Europe and North and South America.

Some of the Championships will serve as qualifying events for the 2024 Olympic Games in Paris.

This is the third round of bidding for these 2022 World Championships that the FEI have launched, although the first two were for the World Equestrian Games (WEG).

They had previously not received any realistic bids so the FEI Board last November decided to re-open the bid process for individual World Championships in all disciplines for 2022, with preference being given to multi-discipline bids.

Lexington in the United States and Šamorín in Slovakia originally bid for the WEG before eventually withdrawing.

Since 1990, the FEI held individual World Championships but then eight of the Federation's 10 disciplines were brought together in the WEG.

At last year's WEG in Tryon in North Carolina in the United States more than 700 competitors from 72 countries competed in the 12-day event.

Afterwards, FEI President Ingmar De Vos admitted they were reviewing the formula with all options - including splitting it into two or more events of a more manageable scale - under consideration to bring it more into line with hosting sustainable events that do not require many new infrastructure projects.

"It is extremely encouraging to have received so many expressions of interest to host the FEI World Championships 2022 and to have had the opportunity to welcome potential bidders to Lausanne for today's workshop," De Vos, also a member of the International Olympic Committee (IOC), said today.

"We hope that this new collaborative approach, in line with the IOC's New Norm and based on transparency, cost-effectiveness and sustainability, will result in solid formal bids, but the proof of the pudding is in the eating.

"Our sport has grown so much that an all-discipline FEI World Equestrian Games has become too big for many venues to host.

"By opening up the bidding process for 2022 to single and multi-discipline bids, and not excluding a full Games, we believe that we have created a more enticing formula and the high level of expressions of interest suggests that we are on the right track."

Representatives from more than 30 different venues took part in a workshop for potential host cities at the Alpha Palmiers hotel in the Swiss city.

Participants at the interactive workshop, held by the FEI for the first time, were briefed on the benefits of hosting World Championships, including the economic impact on the host city and country, operational requirements, commercial opportunities, broadcast media rights and event promotion, support from the FEI’s team of experts across key functional areas, and the bidding process itself.

It was agreed that the World Championships for dressage and Para-dressage should ideally be combined, and bids to host the full seven-discipline FEI World Equestrian Games will also be considered.

Following today's workshop, attended by more than 70 delegates, the process now enters the candidate phase, with a deadline of June 7 for the submission of formal bids.

A shortlist of candidates is then due to be drawn up by the end of June, with a draft host agreement provided to each of the shortlisted candidates.

The deadline for receipt of host agreements signed by both the candidate and relevant National Federation is scheduled for mid-September, with candidates potentially being asked to present their bids to the FEI Evaluation Commission over the following month.

Final evaluation of all shortlisted bids will be completed by the end of October, with recommendations provided to the FEI Board prior to allocation at the in-person Board meeting in Moscow in November.