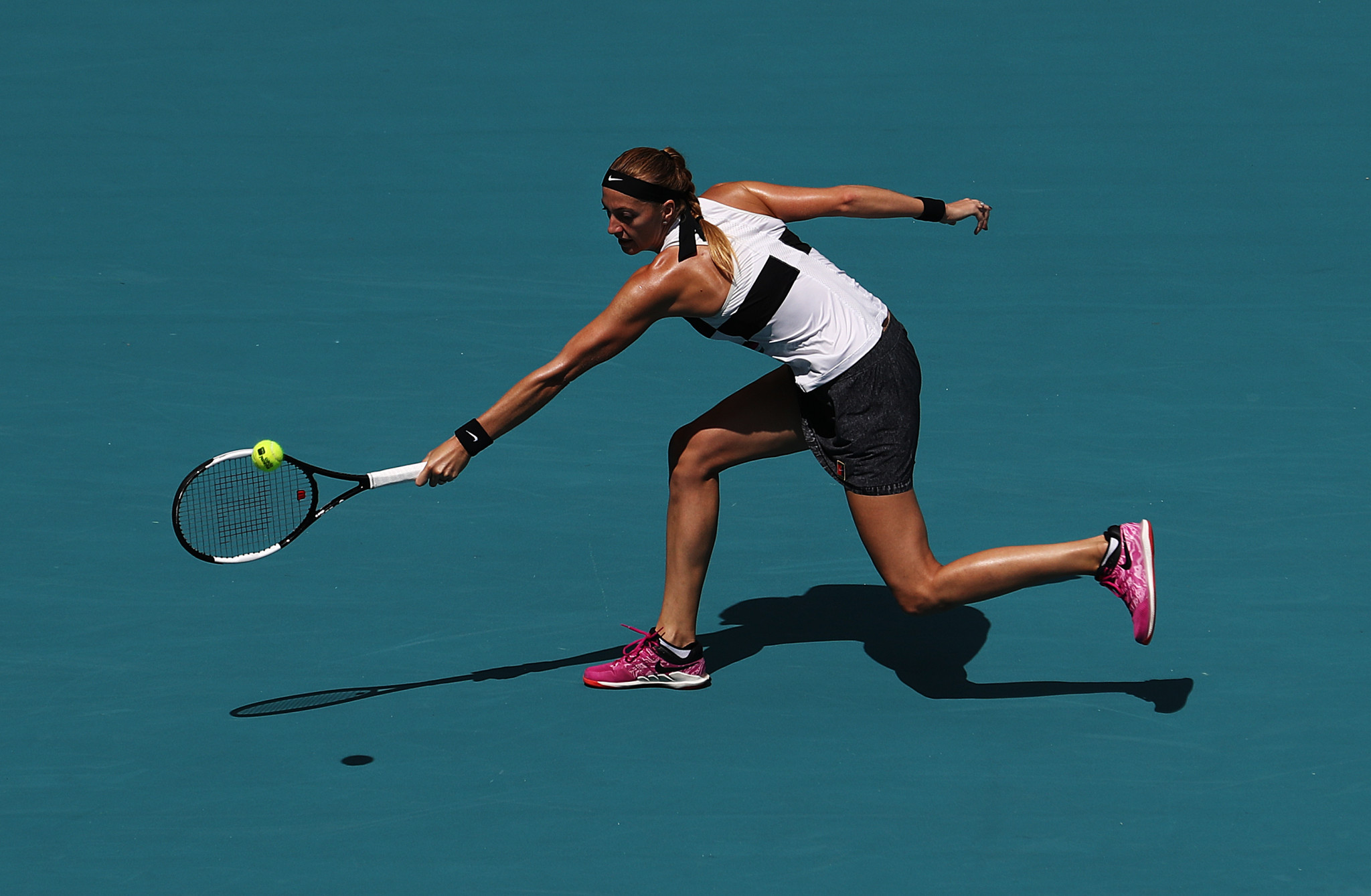 Romania's Simona Halep and Czech Republic's Petra Kvitová, both of whom can take the women's world number one spot by winning the Miami Open, have reached the quarter-finals of the tournament.

With world number one Naomi Osaka of Japan crashing out of the Women's Tennis Association Premier Mandatory event in the third round, both Halep and Kvitová have the chance to take the top spot by reaching the final in Miami.

The pair have progressed to last eight, with Halep securing her fourth successive win over America's Venus Williams.

"I think I played great match today from the beginning, which I'm very pleased with," she said.

The underarm serve. 💕 The whole point of tennis competition is to disrupt ur opponents game by applying pressure through changing the speed, spin, direction, depth or height of the ball. And that includes the serve. Kyrgios is a genius. I’m surprised more players don’t do it. pic.twitter.com/lBfI8XM7MN

Her next opponent is set to be Australia's Ashleigh Barty, who came from one set down to defeat The Netherlands Kiki Bertens 4-6 6-3 6-2.

He is now due to meet Daniil Medvedev in the last 16 after the Russian battled against America's Reilly Opelka to win 7-6, 6-7, 7-6 and progress into the next round.