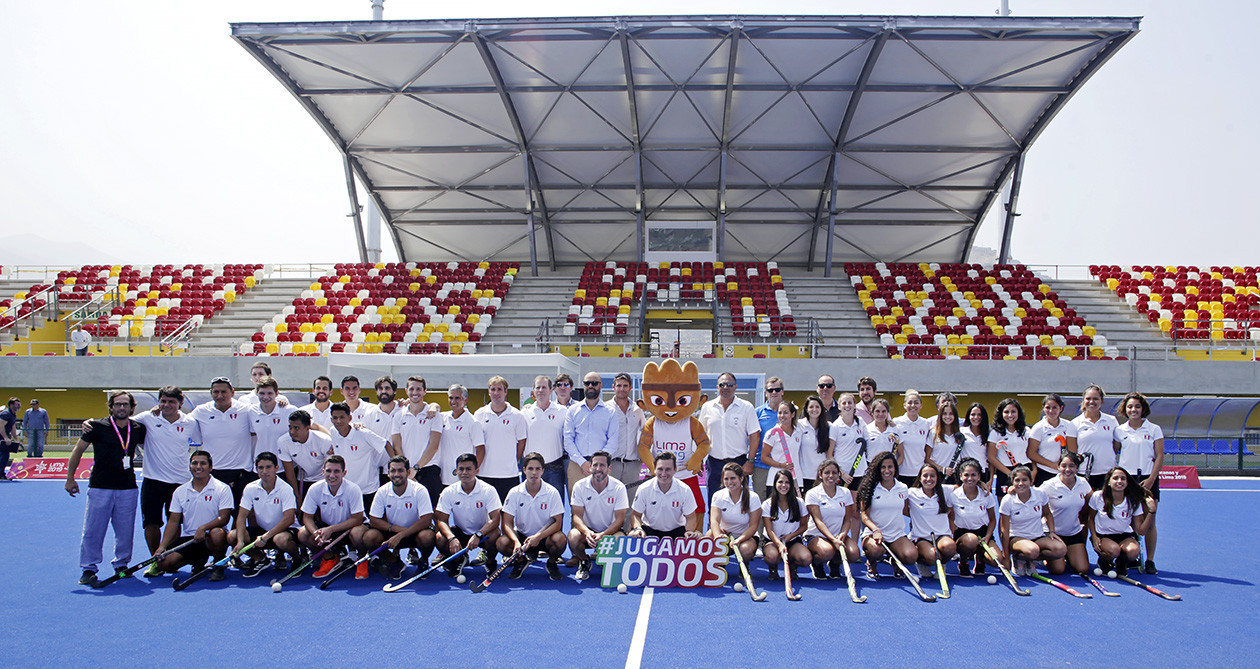 The hockey stadium built for the Lima 2019 Pan American and Parapan American Games has been given to the Peruvian Hockey Federation at an official ceremony.

The stadium in Villa María del Triunfo will be used by the Peruvian men and women's hockey teams in the run up to the Games, due to be held from July 26 to August 11.

An official ceremony was held, attended by both teams, Carlos Neuhaus Tudela, the executive director of Lima 2019, and Gianni Delucchi, President of the Peruvian Hockey Federation.

They all signed a hockey ball at the end of the ceremony to be placed in the Lima 2019 museum.

The stadium comprises of a blue artificial grass playing field, a stand for 18,000 spectators, a VIP box, press area and four changing rooms.

It is located in the Villa María del Triunfo Sports Complex, also due to be home to archery, baseball, basque pelota, rugby sevens, softball and water polo during Lima 2019.

It will host five-a-side football during the Parapan American Games.

"This stadium will mark a before and after in Peruvian hockey," said Delucchi.

"I have been present in many scenarios and I am convinced that it is one of the best in the world.

"What was a dream of so many generations of this sport is fulfilled today, thanks to the management of Lima 2019."

Hockey at Lima 2019  is scheduled to begin on July 29 and will offer two spots at next year's Olympic Games in Tokyo, one from the men's competition and one from the women's.

In the women's competition, Peru play Chile, Mexico and the United States in Group B while Argentina, Canada, Cuba and Uruguay will compete in Group A.

The men's Peruvian team will meet the United States, Mexico and Canada in Group B, with Olympic and two-time Pan American champions Argentina in Group A alongside Trinidad and Tobago, Cuba and Chile.

At the last Pan American Games in Toronto four years ago, Argentina won the gold medal in the men's event and the United States in the women's.