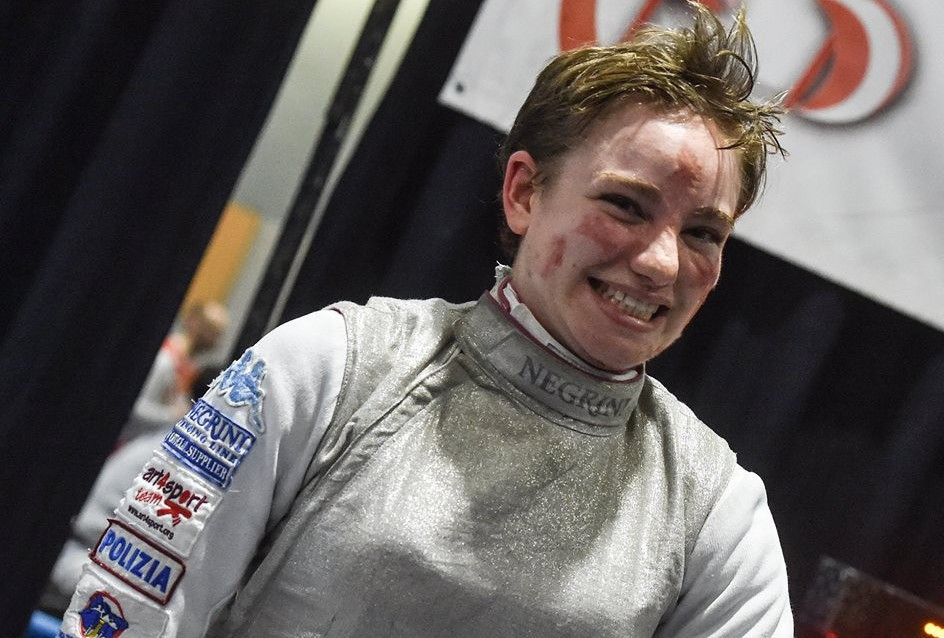 Vio beat China's Xiao Rong 15-5 in the final of the women's foil category B at Via Federico Chiarugi in Pisa.

It was the 21st World Cup victory of her career and the first Italian win in the competition.

"I am happy to have won here," said Vio.

"This is the event I look forward to every year more than any other."

Her journey to the final included a 15-6 win against China's Zhou Jingjing and a 15-2 defeat of Russia's Irina Mishurova.

Rong Jing of China triumphed in the women's foil category A, beating Eva Andrea Hajmasi of Hungary 15-12 in the final.

In the men's competition, London 2012 Paralympic champion Grzegorz Pluta of Poland prevented another Italian victory when he overcame Alessio Sarri 15-12 in the final of the men's sabre category B.

The winner of the men's sabre category A was Russia's Maxim Shaburov.

He defeated Great Britain's Piers Gilliver 15-14 in the final.

Competition is due to continue in Pisa tomorrow.