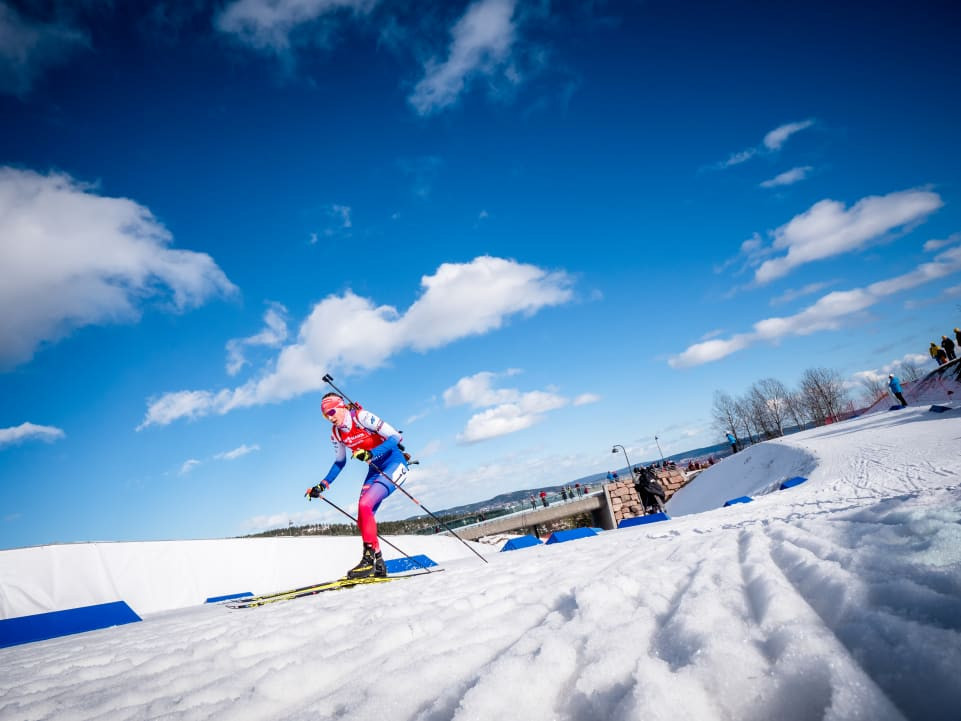 Slovakia's Anastasiya Kuzmina recorded her second straight victory as she won the women's pursuit to boost her chances of securing the overall International Biathlon Union World Cup title in Oslo.

The three-time Olympic champion, who triumphed in yesterday's sprint, led from start to finish and crossed the line in 28min 25.9sec.

Kuzmina completed the 10 kilometres course more than a minute quicker than nearest challenger Denise Herrmann of Germany, who won the pursuit gold medal at the World Championships in Östersund earlier this month.

Hanna Öberg of Sweden was third, 2:01.1 adrift of the victorious Slovakian.

The win for Kuzmina saw her close the gap on standings leader Dorothea Wierer, who clinched the pursuit crystal globe by finishing 11th.

Italian Wierer leads the way on 894 points and compatriot Lisa Vittozzi is second on 852.

Kuzmina has 844 points and remains in with a chance of sealing the overall title heading into tomorrow's 12.5km mass start.

"I have many emotions after this race and it was the best shooting result in my whole career," said Kuzmina, who claimed the sprint world title in Östersund.

"It was perfect from the first metres of the competition until the end.

"I was so lucky on the shooting range, because there was not wind for me.

"My skis were perfect.

"I was relaxed from the beginning of the race.

"That is why it was a great result."

In the men's race, held over 12.5km, Norwegian star Johannes Thingnes Bø broke the record for most wins in a single World Cup season with his 15th of the campaign.

Bø, who had already sealed the overall title before competing at his home World Cup, led a Norwegian one-two as he beat brother Tarjei in a time of 32:15.6.

Germany's Arnd Peiffer was third, some 18.2 seconds behind the winner.

Bø also wrapped up the pursuit crystal globe to add to his overall and sprint titles following today's triumph.