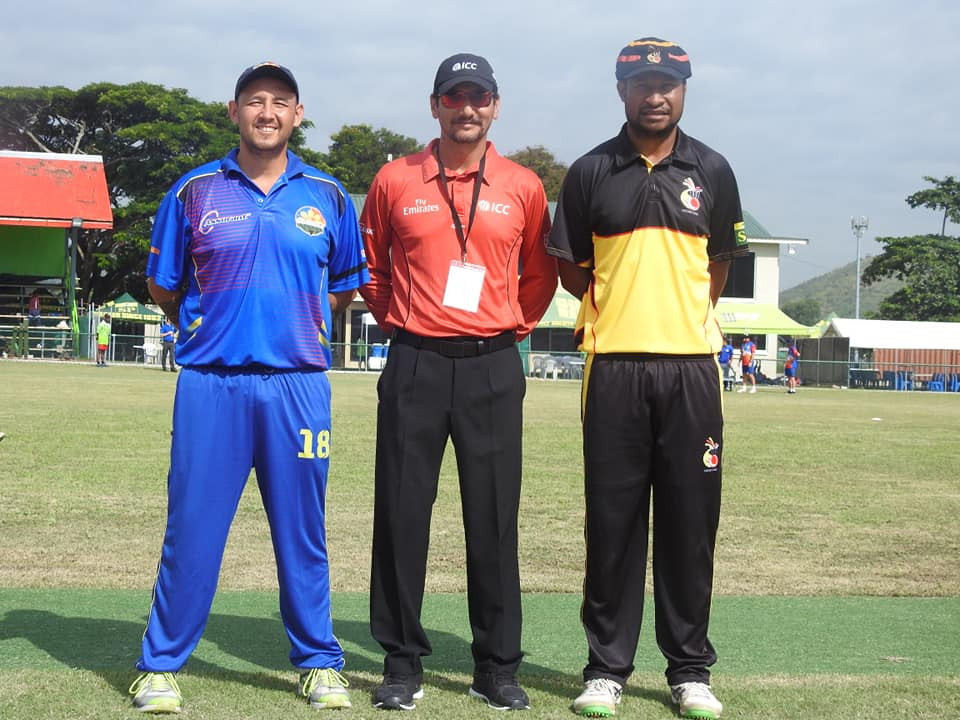 Vanuatu overcame the Philippines by 63 runs at Amini Park after posting 156-6 from their 20 overs.

Nalin Nipiko was again in good form with the bat, top-scoring for Vanuatu with 62 from 57 balls.

Surinder Singh was the leading bowler as he returned figures of 3-23.

Chasing a tricky 157 to win, the Philippines' innings began badly when opener Richard Goodwin fell for a duck in the second over.

LIVE OVER BY OVER UPDATES

Goodwin's dismissal set the tone as the Philippines lost wickets at regular intervals before finishing on 93-7 from their 20 overs.

Papua New Guinea, who won two matches yesterday, were on course to earn a third against the Philippines.

The Philippines were reduced to 11-2 in reply but heavy rain prevented further play.

Vanuatu are tomorrow due to play Papua New Guinea and the Philippines on the last day of the tournament.

The nation which finishes top will book its place at the men's World Twenty20 qualifier set to be held in the United Arab Emirates in October and November.