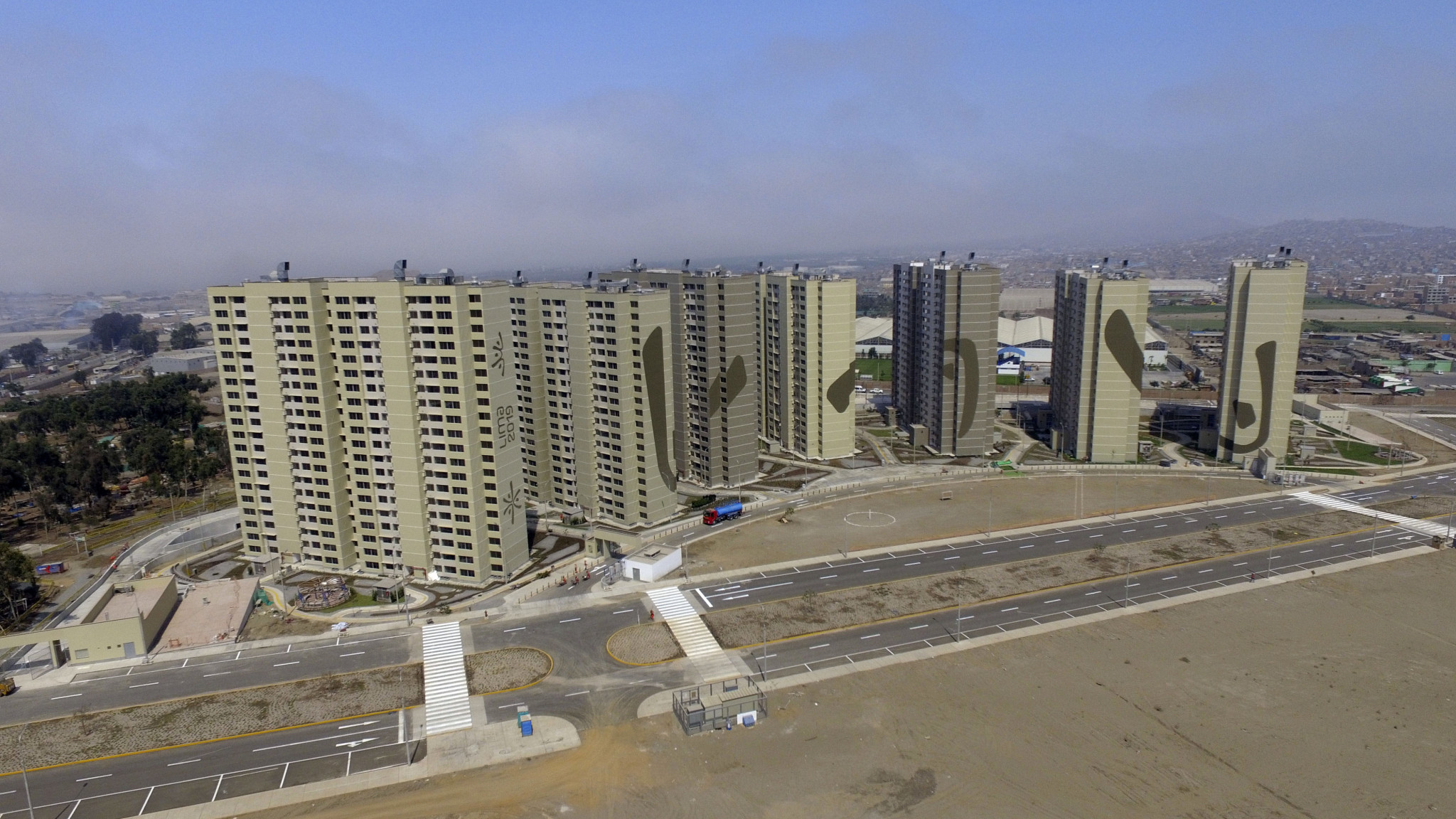 Lima 2019 has announced construction work at the Pan American and Parapan American Games Village has been completed ahead of schedule.

A deadline of March 31 had been set for work to finish in the Peruvian capital but the Village has already been declared ready to welcome athletes.

More than 500 volunteers, athletes and army troops have already assessed the Village, testing its accessibility and operating functions.

The facility features seven towers with Carlos Neuhaus, the President of Lima 2019, among those to take part in the testing.

During the Pan American and Parapan American Games, the Village will be home to around 10,000 people across 1,096 apartments.

"The biggest accessible residential complex in Peru, the Pan American and Parapan American Games Village is a great project, which will leave an important housing legacy for the people of Villa El Salvador and Peru after the intercontinental competition," a Lima 2019 statement said.

"Lima 2019's main accommodation venue will be turned into the biggest accessible residential complex in the country.

"The Village will have tactile paving in the pedestrian areas and bike lanes to assist those with a visual impairment to move around the venue and to their accommodation.

"Braille signage has been installed in all stories of the seven buildings.

"This 'universal language' warns and informs people about the transit and necessary measures, in case of an event endangering an athlete with a visual impairment.

"This system has also been installed in the elevator buttons, which are located at the sides of each building."