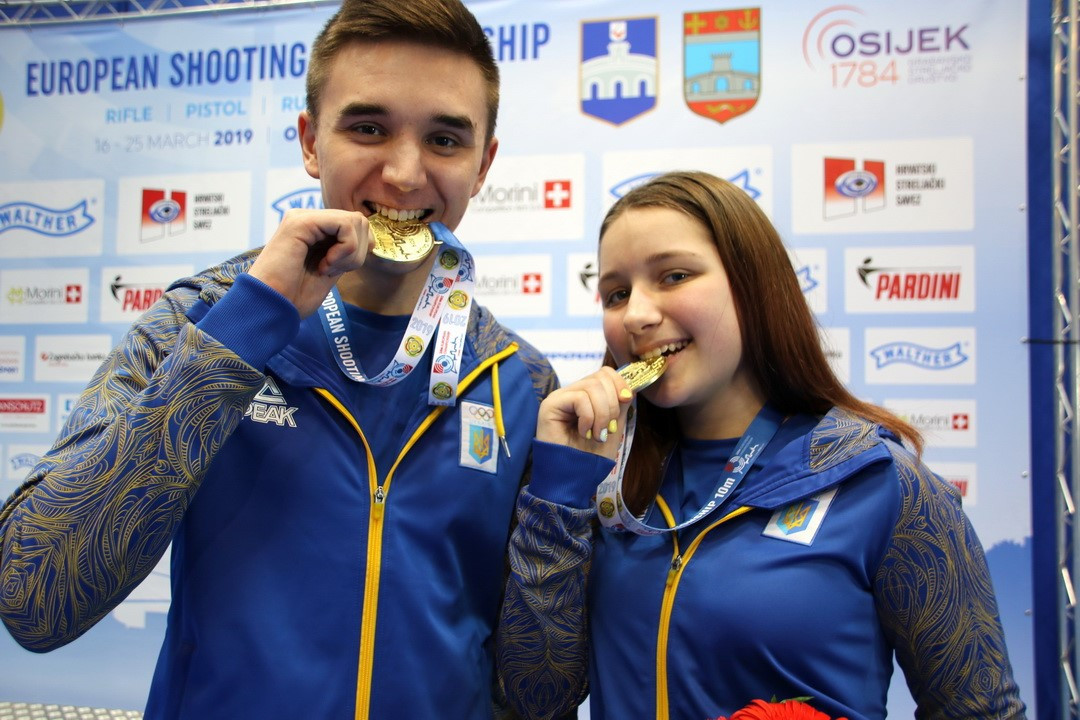 The first gold of the European Shooting Championship was won today by Ukraine, as Yana Chuchmarova and Ihor Solovei triumphed in the mixed team 10 metre air pistol final.

The teenagers sealed the gold with a score of 480.4 at the Gradski VRT Sports Hall in Osijek in Croatia, a score which gave them the win by more than 10 points.

Germany's Andrea Katharina Heckner and Jonathan Niklas Mader took the silver with 470.1 points, while out of an initial 34 teams Russia won the bronze thanks to Nadezhda Koloda and Andrei Chilikov.

"We have trained a lot for these Championships with Ihor," Chuchmarova said.

"This was super, I'm so happy and I think that Ihor [is] too.

"The final was hard and exciting but we managed to have the victory.

"I was so nervous, but fortunately we did [it]."

Another medal event was won today in the junior women's 10m air rifle, with gold there going to Denmark.

The junior men's final also went ahead today and was won by The Czech Republic's Filip Nepejchal in a new European junior record.

He took gold with a score of 252.0, which saw him beat Hungary's Zalan Pekler by just two points despite the record breaking performance.