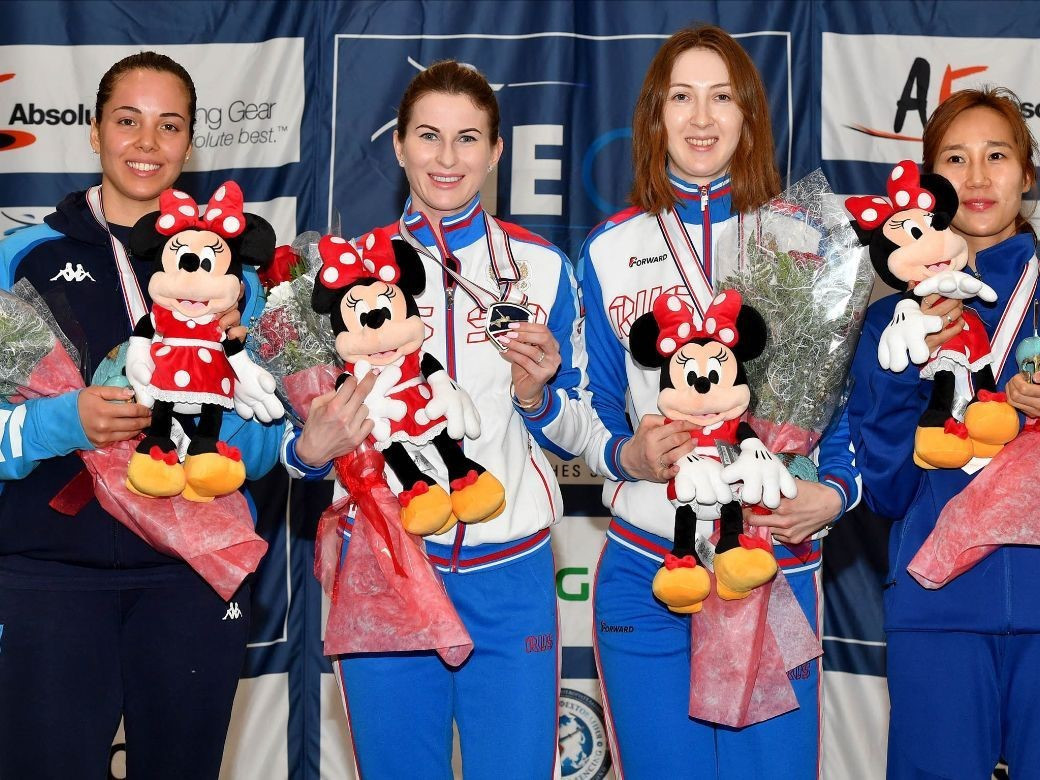 Behind Deriglazova and Volpi in the top-eight rankings were bronze medallists Korobeynikova and Jeon Hee-sook, Leonie Ebert, Errigo, Martina Batini and Erica Cipressa.

France's Julien Mertine sealed gold in the men's foil after edging out Italy's Tommaso Marini 15-11 in the final, a career-best finish for both fencers.

Behind Mertine. Marini and bronze medallists Cheung and Foconi in the top-eight rankings were Andrea Cassara, Alexander Massialas, Alexander Choupenitch and Valerio Aspromonte.

The three-day event was the fifth Grand Prix in a series of nine, with 340 international fencers competing.