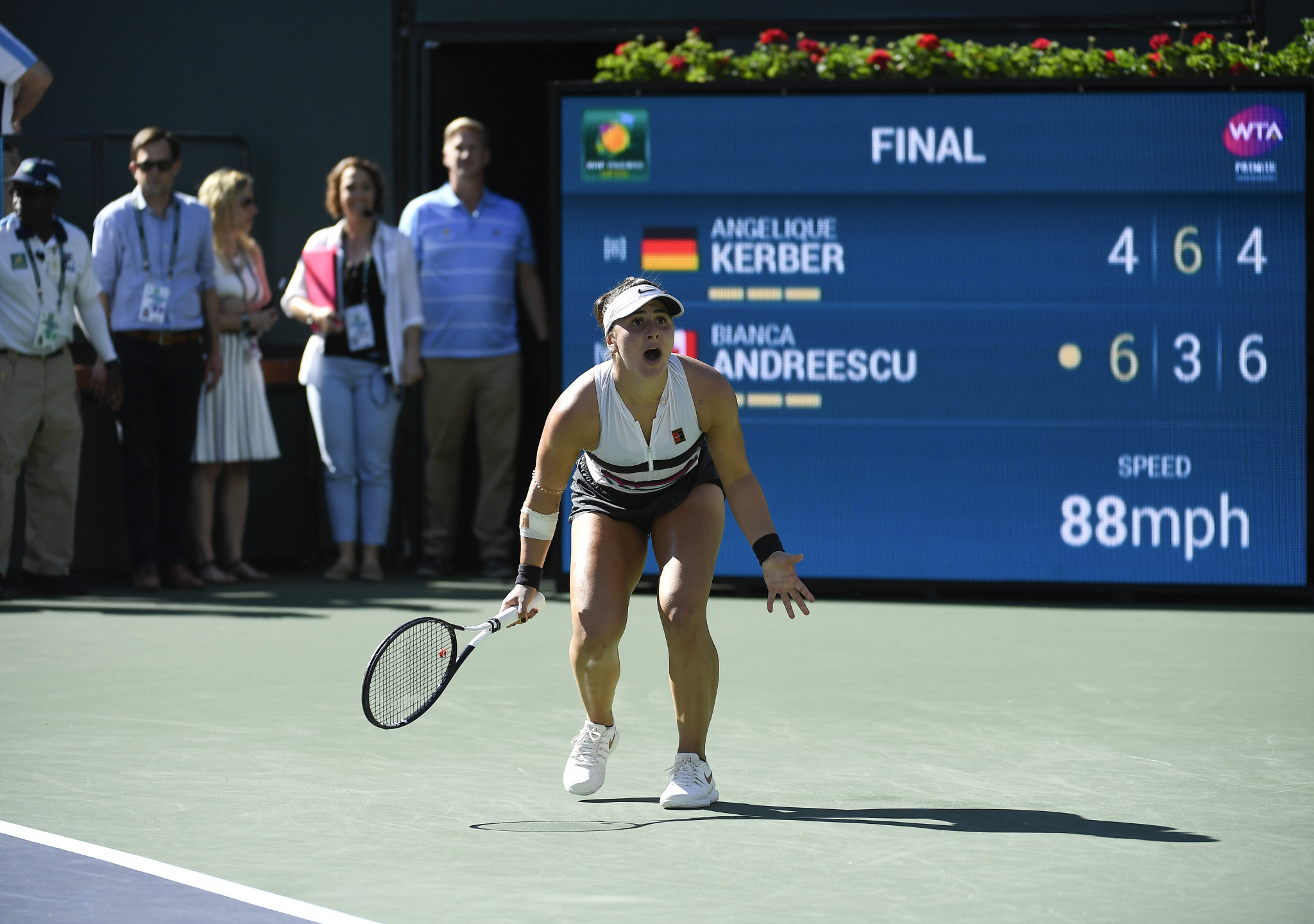 The 18-year-old, ranked outside the world's top 150 at the start of the year, did not qualify for the tournament on merit and was only present in the draw thanks to a wildcard offered by the organisers.

Having beaten several top 10 and Grand Slam winning players just to reach the final, the teenager triumphed again against the odds, 6-4, 3-6, 6-4, to win the Women's Tennis Association (WTA) Premier Mandatory event, meaning she will now rise to 24 in the world rankings.

No wildcard had ever previously made the final.

"I have been in the zone, I think, every match," Andreescu - who beat Ukraine's world number five Elina Svitolina in the semi-finals - said.

"There were some ups and downs in some matches, obviously.

"So I'm just, this means everything to me."

The Canadian now has 28 match wins this season, more than any other player on the WTA Tour.

The men's final also went ahead today, in which Austria's Dominic Thiem came from a set down to beat 20-time Grand Slam champion Roger Federer.

Twenty-five-year-old Thiem won 3-6, 6-3, 7-5 at what was a Masters 1000 event on the Association of Tennis Professionals Tour, meaning Federer has now lost the last two Indian Wells finals in succession.

Thiem will now rise to fourth in the men's rankings after winning his maiden Masters 1000 title.

"I enjoyed every second of it [the match].

"I had to get used to Roger's game.

"In the first set, he was playing amazing.

"I was struggling a little bit, but I fought my way back into the match."

Federer, who was himself ranked fourth before the tournament, now drops to fifth.