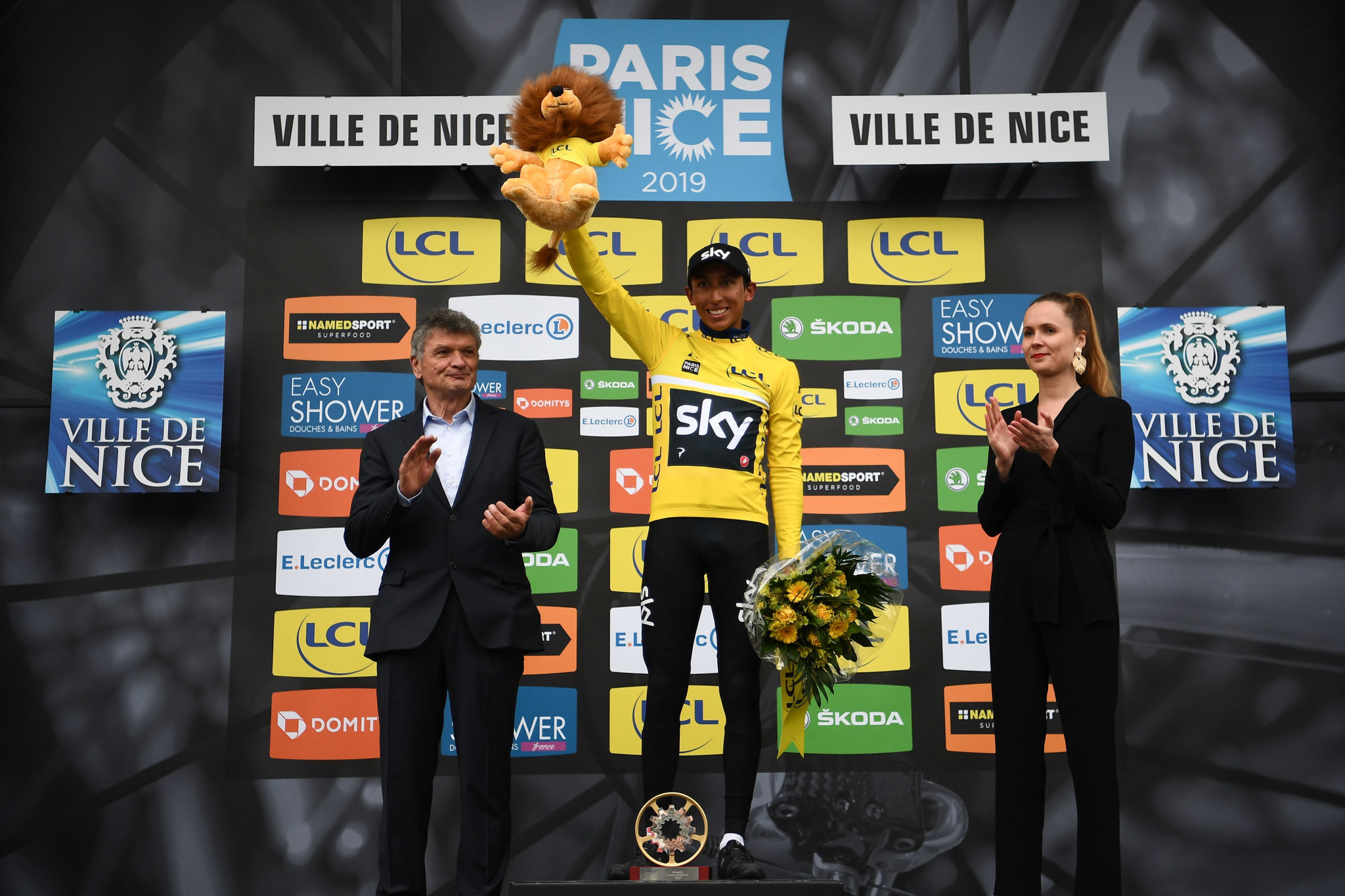 The Team Sky rider headed into the 110 kilometre final stage in Nice with a buffer of 46 seconds over his nearest challenger Quintana.

The gap forced Quintana to launch a long-range attack on the climber friendly route, aided by his Movistar team-mates.

He was able to open up a lead over nearly one minute with less than half of the stage to go, only for the gap to drop as Team Sky increased the pace of the chase.

Spain’s Ion Izagirre Insausti broke clear of the Quintana group on the final climb of the day to clinch the final stage win in 2 hours, 41min and 10sec.

Quintana would finish 10th on the stage at 22 seconds behind the winner, but it would not prove enough to take the general classification.

He would eventually end just four seconds clear of Bernal, who won the second stage race of his career and earned a morale boosting win prior to leading his team’s challenge at the Giro d’Italia.

Bernal’s team-mate Michal Kwiatkowski of Poland, who had led the race yesterday, completed the podium at 1:03 down.

Astana celebrated victory for the second consecutive day at the other UCI WorldTour race currently running, the Tirreno-Adriatico.

The Danish rider attacked from a leading group on the 180km route from Colli al Metauro to Recanati, before catching the final riders from the day’s breakaway.

Britain’s Adam Yates ended as the runner-up at 40 seconds down, with Slovenia’s Primoz Roglic a further 16 behind.

Yates was able to extend his race lead over Roglic to 25 seconds, while Fuglsang is a further 10 adrift in third after his triumph today.

The UCI Women’s WorldTour season continued with the Ronde van Drenthe one-day race in The Netherlands.

The key moment of the 165km race came in the final 15 kilometres as Ellen Van Dijk launched an attack.

Fellow Dutch rider Chantal Blaak and Italy’s Marta Bastianelli joined quickly joined her at the front of the race, with the trio riding together to the finish.

European champion Bastianelli would secure victory in a time of 4:24:14, with Blaak and Van Dijk ending on the same time in second and third.

Defending champion Amy Pieters, also of the Netherlands, led the chasers over the line at 20 seconds down.