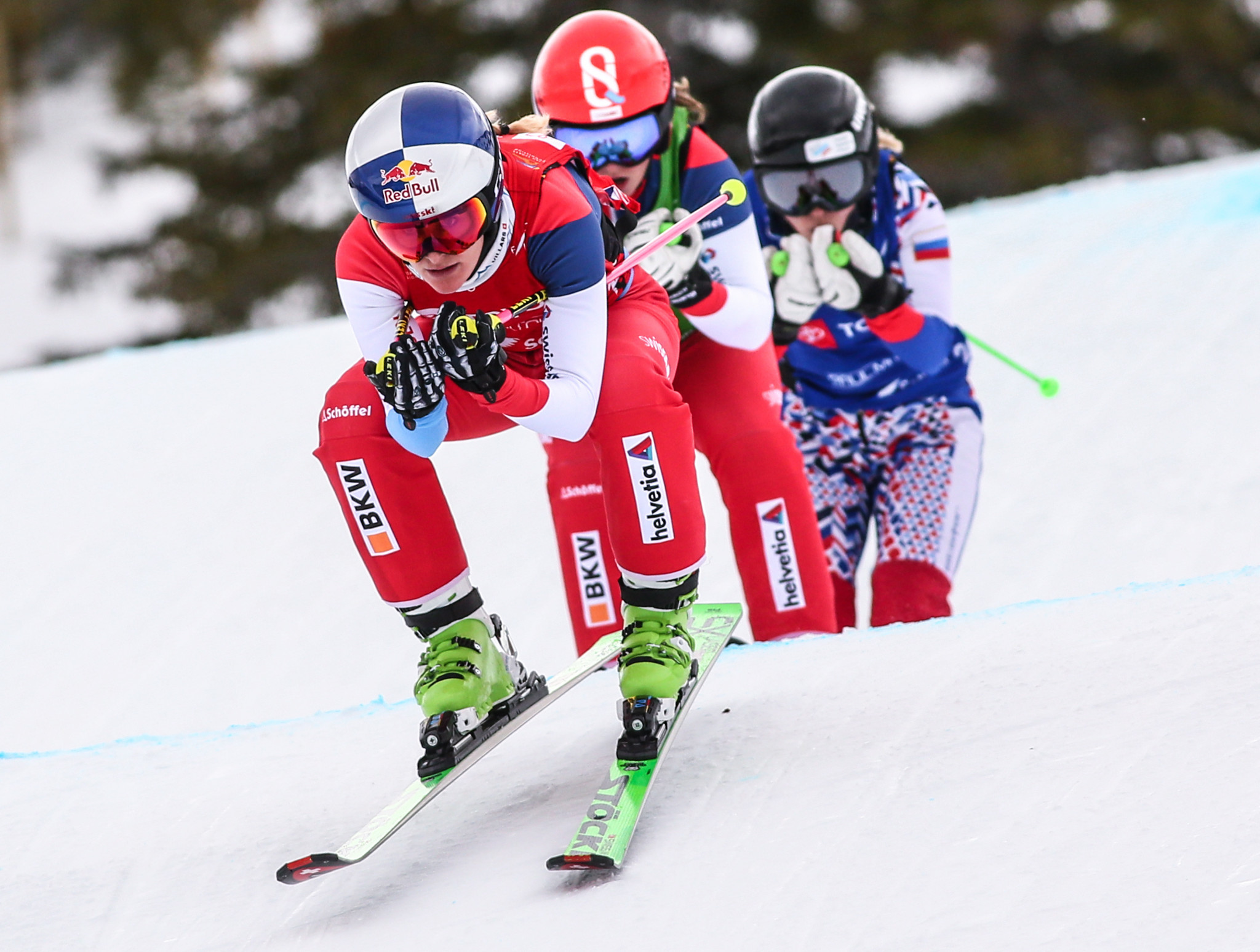 Twenty-six-year-old Smith, who finished second at the World Championships earlier this year, had a poor afternoon failing to make the big final, but her third place finish in the small final was still enough to give her the season ending title ahead of Sweden’s Sandra Naeslund.

Naeslund, who won the world title in 2017, finished second in today’s big final meaning she had to also settle for second overall, 44 points behind Smith who ended with 799.

She beat Naeslund and France’s Alizee Baron on the day, meaning in the overall standings she finished third.

Bastien Midol won the 2019 #skicross crystal globe and Jean Frederic Chapuis is runner-up for his second consecutive year. Congrats to all the boys on a great season!

On the men’s side the day’s big final was won by Frenchman Jean Frederic Chapuis, the 2014 Olympic champion.

Canada’s Brady Leman finished second, but neither of them were able to stop Bastien Midol from winning the crystal globe.

The 28-year-old Frenchman finished third on the day to seal the first overall World Cup title of his career on 756 points.

For three-time World Cup winner Chapuis, his victory on the day helped him finish second overall for the second consecutive year.

It means the 30-year-old has not finished below second in the overall standings since 2014, when he came fourth.