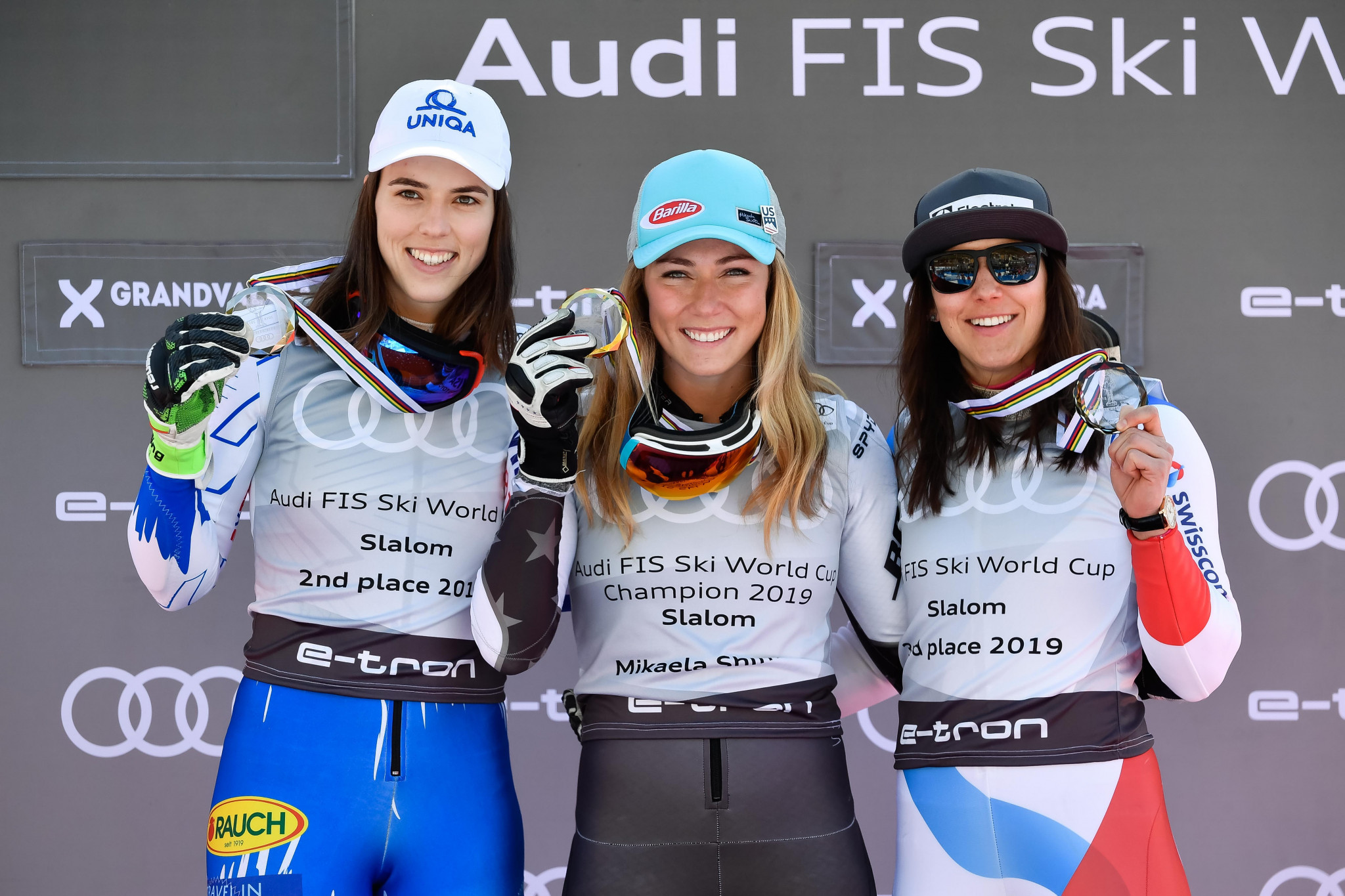 Mikaela Shiffrin, who will tomorrow attempt to become the first skier to win titles for the overall, slalom, super-G and giant slalom, warmed up ideally in Andorra with her 16th International Ski Federation Alpine Ski World Cup win of the season in the slalom - an event in which she was already seasonal champion.

The Olympic champion from Vail now needs to do enough in the final giant slalom race of the season at the World Cup Finals in Soldeu to confirm her current position as leader in that discipline too.

She is already the season’s winner in the super-G and overall World Cup standings.

Switzerland’s Wendy Holdener, a member of the quartet that won the team event yesterday, dominated the first run today, finishing 0.28 seconds ahead of Shiffrin in 53.14sec.

Vlhová was second in the slalom/parallel slalom seasonal standings with 877 points, ahead of Holdener, who totalled 681.

In the earlier men’s giant slalom race, France’s Alexis Pinturault secured his third place in the seasonal standings by winning in 2:13.06 by 0.44 seconds from Switzerland’s Marco Odermatt and Žan Kranjec of Slovenia, who finished in a combined time of 2:14.09.