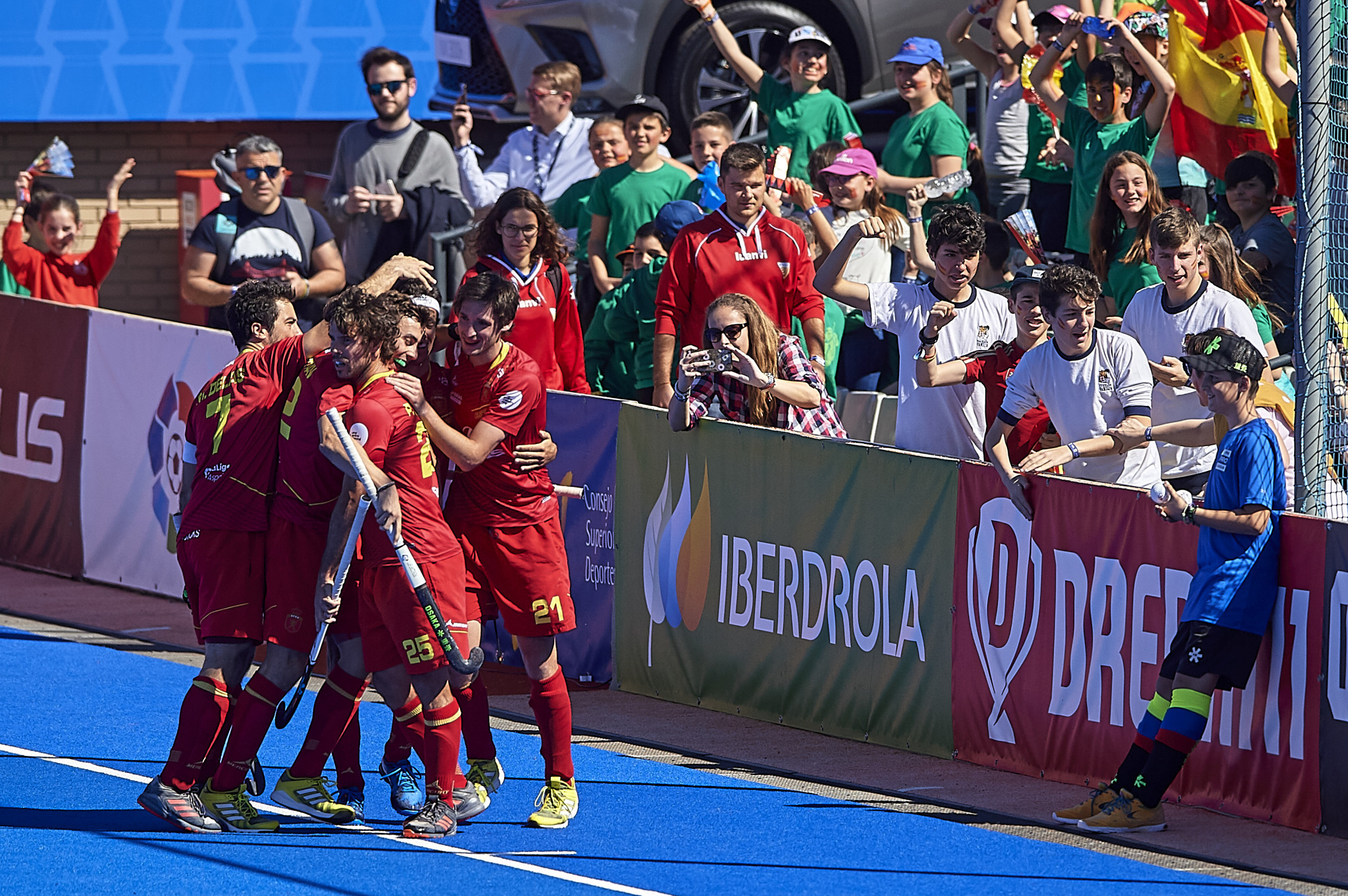 The two sides contested a 4-4 draw at the Estadio Beteró in Valencia which sent the clash to penalty strokes.

It was the hosts who prevailed 4-3 with the Spanish having now won four of their six Pro League games in this fashion.

Only two points are available for a shoot-out win with three going to victors in normal time.

"I'm not really happy with the game, I don't want to play shoot-outs every time," said Spain goalkeeper Quico Cortes.

"I think we are in a good way, that is for sure, from where we have come.

"The World Cup [where Spain were eliminated in the pool phase] was really disappointing for us, so we have made a step forward and we are in a good way, fighting with the top teams, but I think we have to make less mistakes and take in some matches the three points."

Cortes saved from Germany's Thies Prinz and Mats Grambusch in the shoot-out to give his country the victory.

They now sit sixth in the league having lost the two matches they haven't taken to a shoot-out.

Germany are fifth having now won two of their five games.

The visitors trailed on three occasions with Alvaro Iglesias giving the hosts a sixth-minute lead after guiding home Sergi Enrique's long pass into the circle.

Lukas Windfeder fired home a leveller from a penalty corner and Grambusch gave the Germans a third quarter lead with a strike from the edge of the circle.

They were only in front for a minute, however, as Vincenc Ruiz volleyed home for the Spanish who then went back in front thanks to Xavi Lleonart's close range strike.

The top four finishers in the FIH Pro League will secure berths in both the Olympic qualification events and also the showpiece FIH Pro League Grand Final, which takes place in June at Amstelveen’s Wagener Stadium.

The men's and women's seasons continue tomorrow with Australia hosting Argentina in a double-header in Sydney.