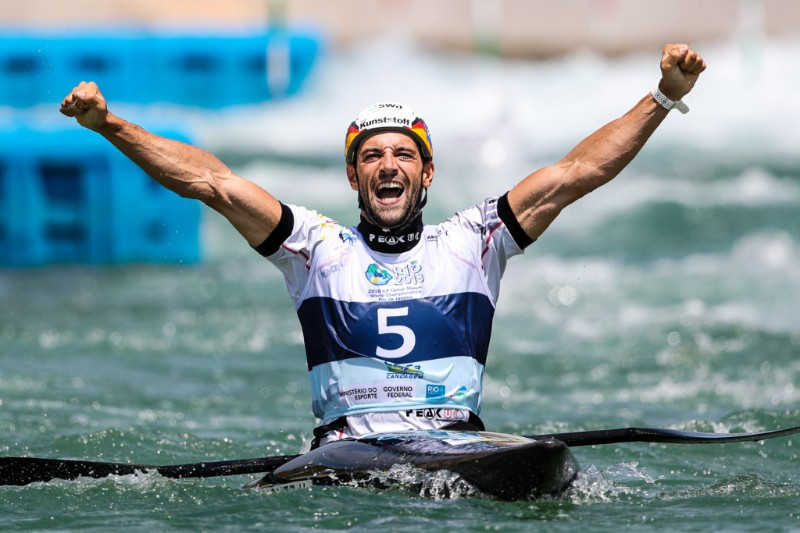 Germany and Britain have been announced by the International Canoe Federation (ICF) as the hosts of 2023 World Championships, events which will double as qualifiers for the following year's Olympic Games in Paris.

The decisions were announced following the second day of the ICF Board of Directors meeting in Beijing today.

For Lee Valley it will be the second time it has hosted an Olympic Games qualifying World Championships, after it also hosted the event in 2015, a selection event for Rio 2016.

The Regattabahn Duisburg will host the Olympic qualifier for a fifth time, having also hosted World Championships on the eve of Moscow 1980, Seoul 1988, Atlanta 1996 and Beijing 2008.

Duisburg was chosen ahead of bids from Moscow in Russia, Plovdiv in Bulgaria, Poznan in Poland and Montemor-o-Novo in Portugal.

"We are delighted to have been awarded the ICF 2023 World Championships in Lee Valley," David Joy, the chief executive of British Canoeing, said.

"There were some strong bids from both China and Poland but we presented a confident bid and vision to deliver an exceptional event, with crucial support from our key partners UK Sport and the Lee Valley Regional Park Authority.

"With the ICF World Cup in June this year, then European Slalom Championships in 2020, our exceptionally experienced technical officials and volunteers are world class in the delivery of international and domestic events.

"This is a hugely significant competition for canoe slalom as it is likely to be the selection event for the Paris 2024 Olympic Games.

"Lee Valley is a world class venue which is loved by athletes and supporters of the sport and we are looking forward to bringing the World Championships back to the UK."

The ICF also voted to return to Barnaul in Russia, in 2022 for a Canoe Sprint World Cup.

The ICF canoe slalom programme in 2021 will head into the sport's heartland, with World Cups in Germany, Spain, France and the Czech Republic.

The ICF has also agreed to host a Canoe Slalom World Cup in China, which will join Markkleeberg in Germany, Prague in the Czech Republic, La Seu in Spain and Pau in France as venues in 2021.

In other decisions, Shaoxing in China will host a 2021 ICF Marathon World Cup, with the potential for a second event to be held in Europe.

The 2021 ICF Canoe Wildwater World Cups will be held In Treignac in France and Banja Luka in Bosnia and Herzogovina.

There will be ICF Canoe Wildwater World Cups in La Seu and Albright in the US in 2021, while Nottingham in the United Kingdom will host a 2020 ICF Canoe Freestyle World Cup, with a second host city still to be announced.

An ICF Dragon Boat World Cup is planned for Ningbo in China, in November of this year.

Yesterday, the ICF Board of Directors had announced that later this year they plan to hold Stand-Up Paddleboard World Championships in China - a decision which has angered the International Surfing Association, who also claim control of the sport.