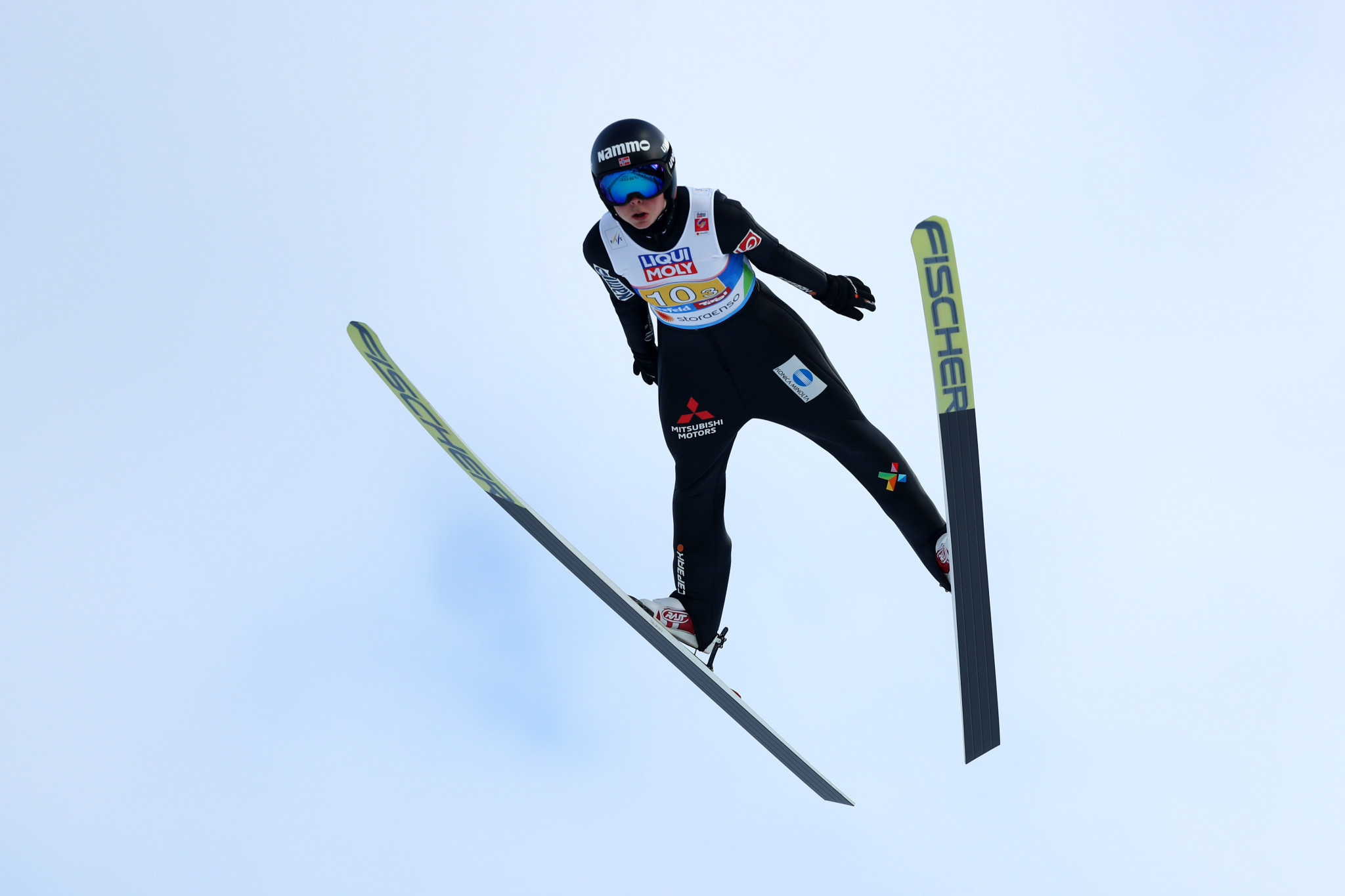 It moved her onto 1,144.6 points overall to be crowned the winner of the Raw Air Tournament, which also included recent events in Oslo and Lillehammer, by a margin of 56.5 over nearest challenger Katharina Althaus of Germany.

"This was my main goal for the season along with winning gold in Seefeld at the World Championships.

"I managed to cope with the pressure and all the traveling.

A further 21.8 points back in third place is Althaus' compatriot Juliane Seyfarth, today’s runner-up with 261.0 after posting the longest jump of the day in the second round with 137.5m - a hill record.

The upcoming Bluebird Tour in Russia, consisting of competitions in Nizhny Tagil this weekend and Chaykovsky the following weekend, will mark the end of this season for the world's best female ski jumpers.

Training and qualification in Nizhny Tagil is scheduled for tomorrow.

"My next target is to win the Bluebird tournament in Russia," Lundby, who is also on the verge of the overall World Cup title, added.

In the men's large hill individual event, Japan's Ryoyu Kobayashi triumphed with 298.4 points after managing jumps of 141m and 141.5m.

The recently-crowned overall World Cup winner has now moved up to second place in the Raw Air Tournament standings with 1,346.9 points.

He trails Austrian leader Stefan Kraft, who rounded out today's podium with 280.5 points, by 9.5 going into the last event of the competition that groups together performances at four Norwegian World Cup stops.

That will take place in Vikersund this weekend, starting with qualification tomorrow.

Norway's Robert Johansson has dropped to third spot in the overall rankings after finishing 10th today.

Today's runner-up was another Norwegian, Andreas Stjernen, with 288.0 points.

A combined points tally - including from the qualification rounds and the team events - decides the Raw Air Tournament winner.