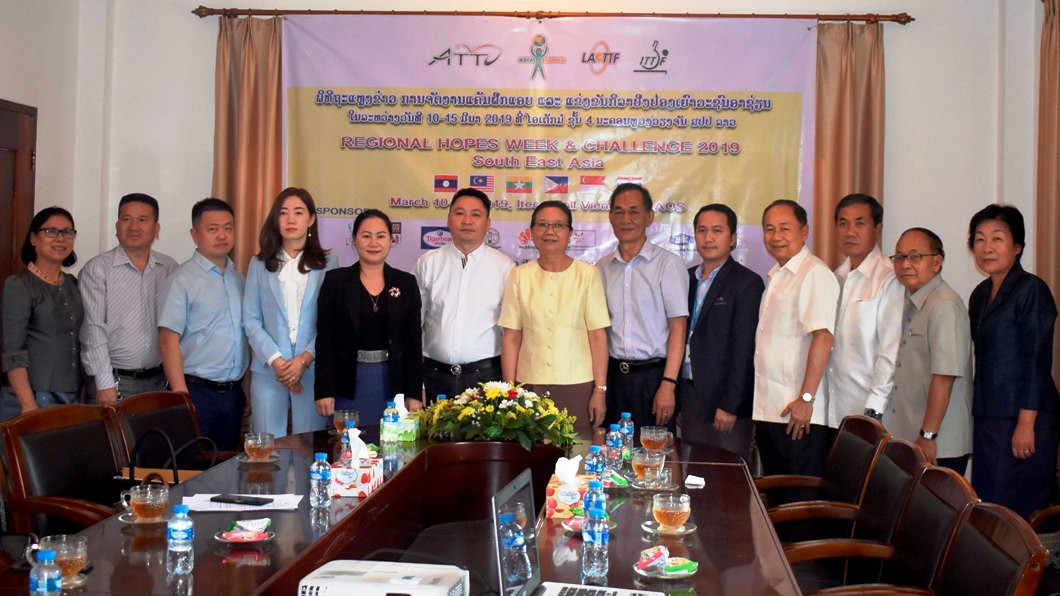 The Laos National Olympic Committee (NOCL) headquarters have played host to a promotional event for the South East Asia Regional Hopes Week and Challenge, which is currently taking place in Vientiane as part of the International Table Tennis Federation (ITTF) development programme.

Chaired by Sengdeuane Lachanthaboun, who is the Minister of Education and Sports in the Asian country as well as President of both the NOCL and the Laos Table Tennis Federation (LTTF), the gathering attracted an array of local sports dignitaries.

Also present was Somchay Vongsa, secretary general of the LTTF, along with Executive Committee members of the NOCL and vice-presidents of the LTTF.

"I would like to thank you, the sponsors for your support for the Laos Table Tennis Federation to make the ITTF Regional Hopes possible," Lachanthaboun said.

"We are committed to promoting the ITTF Hopes Programme in Laos and also in South East Asia, especially by organising this international event and also providing more training and exposure for our promising and potential Hopes players."

The venue for the South East Asia Regional Hopes Week and Challenge is Vientiane’s ITECC Mall.

Eleven boys and eight girls are participating at the six-day event, scheduled to conclude tomorrow.

Organised by Olympic Solidarity and administered under the auspices of the ITTF development programme in conjunction with the NOCL, a national sports structure course, led by ITTF expert Christina Chee, was staged in the latter part of 2016.

Now, as a direct result, four dedicated table tennis centres have opened and a talent identification programme is in place with national coaches promoting the sport.

"The tournament proved a great success."