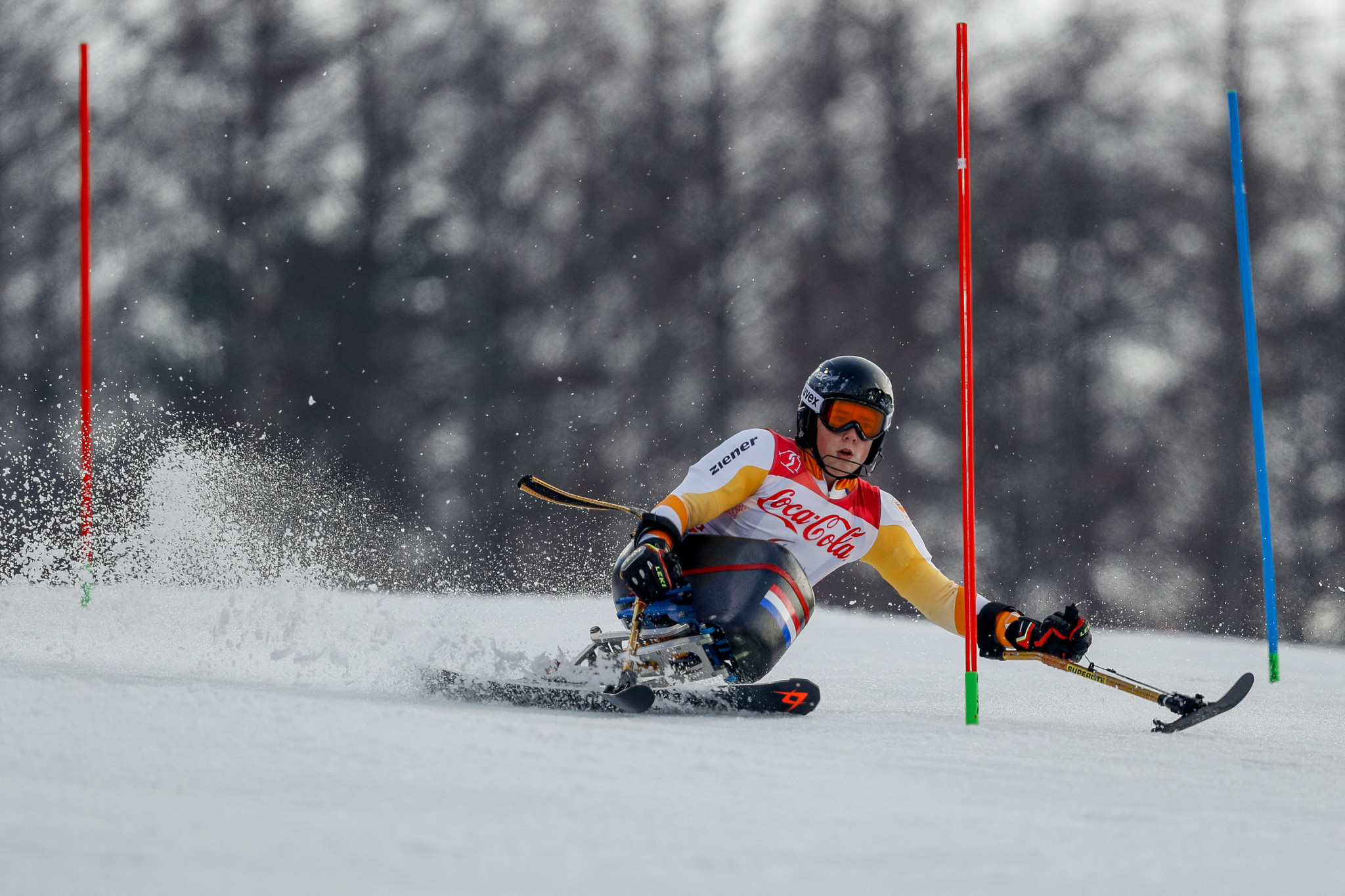 The Dutchman came back strong from a third-place finish yesterday, leaving his rivals no chance by winning both runs to take the gold medal in 1 min 40.96sec.

It was a different dynamic from race one where Kampschreur had to fight his way up from fifth place to third with a nothing-to-lose second run.

The gold medallist from day one, Taiki Morii of Japan, finished second in 1:44.47, while Norway’s Jesper Pedersen took the bronze medal in 1:46.93.

"I would call him the Fernando Alonso of sit skiing.

"He’s like the guy who’s been there all the time and he’s always been a legend so when he finishes on the podium, he never surprises me.

"He’s a really good guy and when I was a kid I really looked up at him."

World champion Arthur Bochet of France breezed to victory in the men’s standing event in 1:36.77, but it was not an easy road to the podium for the other two medallists.

Switzerland’s Theo Gmur fell to fourth place after the first run but pulled out a sensational second run to secure the silver medal in 1:37.50.

Finland’s Santeri Kiiveri was the bronze medallist in 1:37.99 on what was only his second day of competition since a rollercoaster road of injuries and illnesses took him off the slopes for the majority of the season.

Kiiveri fractured his arm in an able-bodied World Cup race in November, and then was forced to miss last month’s World Championships after fainting during training.

He was cleared to return to skiing prior to the event in La Molina and now has his first World Cup medal in the giant slalom discipline.

There was also success for France in the women’s standing event with Marie Bochet clocking an unrivalled time of 1:45.46.

She led 17-year-old runner-up Ally Kunkel of the United States by 9.80 seconds.

Japan’s Ammi Hondo wrapped up the podium, finishing a further 0.01 seconds back.

With yesterday’s men’s visually impaired winner Hyacinthe Deleplace of France straddling a gate and abandoning the race in the first run, Slovakia’s top pairs were quick to fight for the vacated leading spot today.

The US’s Kevin Burton and Kurt Grimmelmann were third in 1:53.22.

With Australia almost 16,000 kilometres away from Spain, there was doubt if the pair would be able to compete in La Molina.

Their winning results over the season, however, got them the green light for the lengthy trip and the skiers delivered another victory in 1:59.38.

Paralympic champions Menna Fitzpatrick and Jennifer Kehoe of Great Britain fell out of medal contention in the first run after the former lost a ski at the top of the course.

She world champion sailed past the finish line with a winning time of 1:52.89.

The US's Laurie Stephens won the bronze medal, ending up 12.38 seconds off the pace.

Following a rest day tomorrow, athletes will return to competition for the third and final giant slalom races on Thursday (March 14).