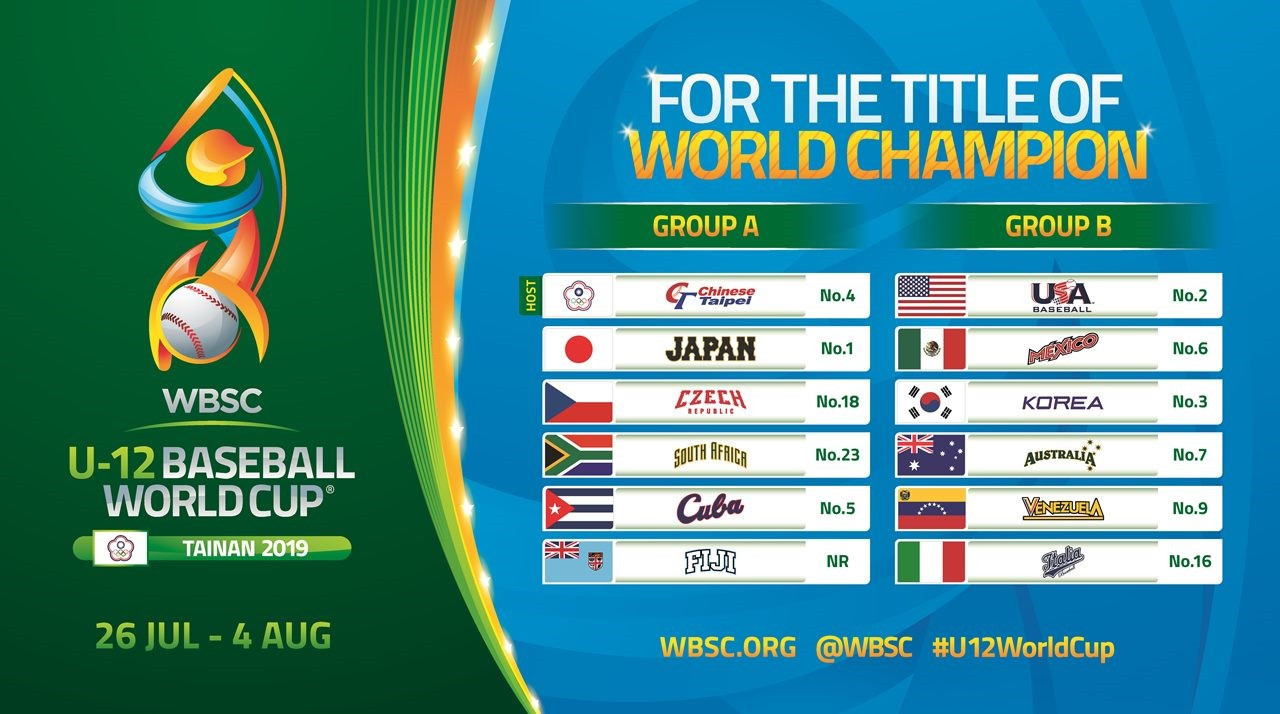 The World Baseball Softball Confederation (WBSC) has unveiled the competing national teams, including the wildcard, and the opening-round groups for the 2019 Under-12 Baseball World Cup in Tainan in Chinese Taipei.

The WBSC awarded Fiji the lone wildcard into the fifth edition of the event, marking the country's first-ever entry.

The South Pacific nation will join the world's best 11 youth baseball teams in competing for the title from July 26 to August 4.

They have been drawn into Group A along with hosts and under-12 Asian champions Chinese Taipei, Czech Republic, Cuba, top-ranked Japan and South Africa.

The top three teams from each group will advance through to the super round from August 1 to 3.

Super round teams will carry over their opening-round records against each other, with wins and/or losses against teams eliminated in the first round removed.

The first and second-placed teams in the super round standings will compete in the final on August 4, while the third and fourth-placed teams will play for the bronze medal.

The WBSC Under-12 Baseball World Cup will move into its new home, the $130 million (£99 million/€115 million) Tainan Asia Pacific Stadiums, this July.

"The new home of the Under-12 Baseball World Cup in Tainan, which will be the stage of the best 11 and 12-year-old baseball players in the world, will be among the very best and most iconic facilities ever offered to talented young athletes of this age, boosting the Under-12 Baseball World Cup into a category of one of the most prestigious youth events in sports," WBSC President Riccardo Fraccari said.

The official website of the 2019 WBSC Under-12 Baseball World Cup, accessible here, has been officially launched in six languages.

It is available in English, French, Japanese, Korean, Spanish and Traditional Chinese.

The US claimed a second successive WBSC Under-12 World Cup title in 2017 with a 7-2 victory over Chinese Taipei at the Tainan Municipal Stadium.

It avenged their defeat to their rivals earlier in the tournament and repeated their victory over the same opponents in the 2015 final.

Kai Caranto's home run proved key in giving the Americans the lead before he returned to pitch impressively in the last two innings.