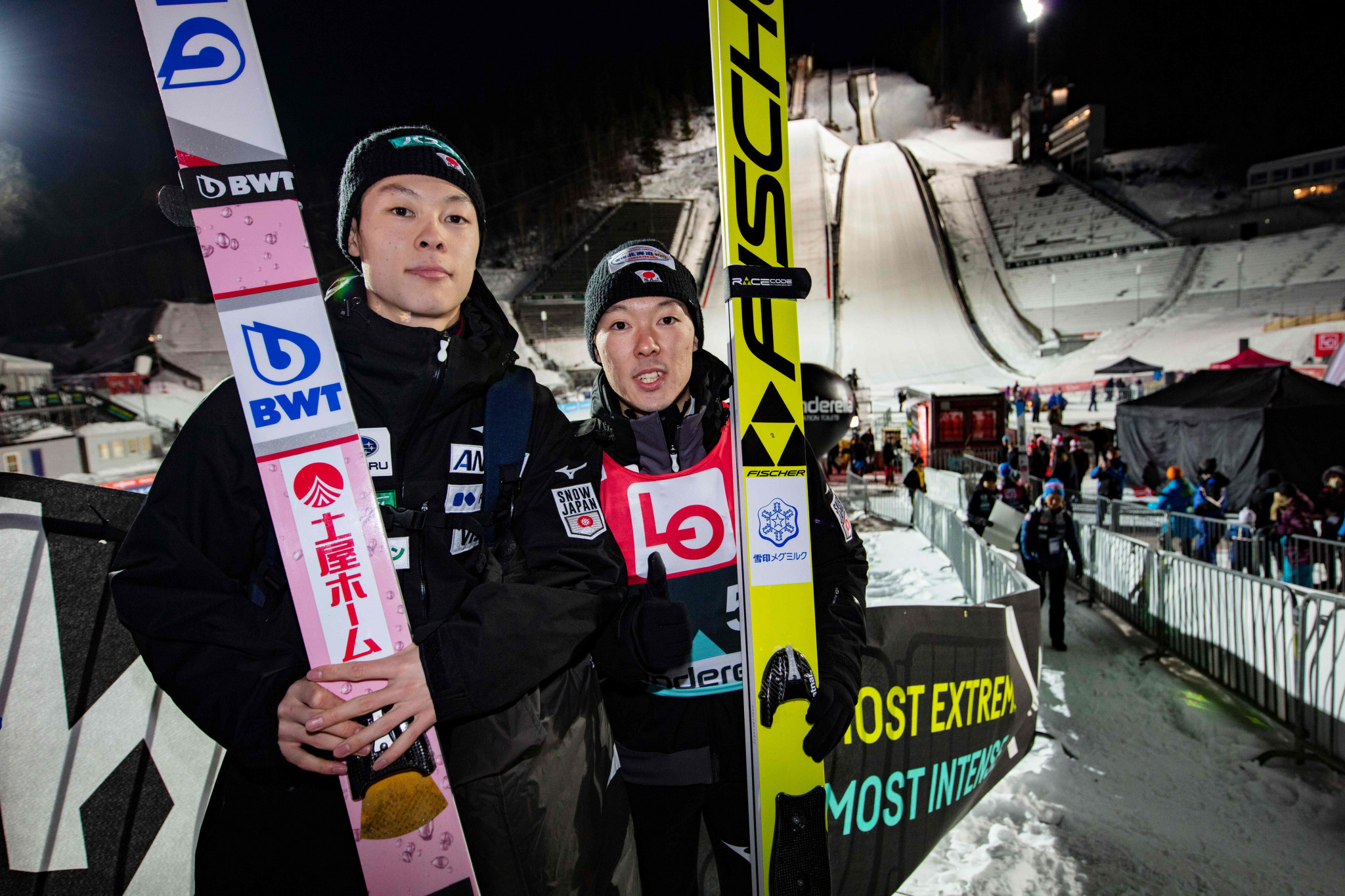 Elder sibling Junshirō Kobayashi topped the pile on the large hill in the 1994 Winter Olympic host city as Ryoyu, who wrapped up the overall World Cup title yesterday, finished second.

Ryoyu, this season's Four Hills Tournament winner and the first non-European ever crowned as the overall World Cup champion, tallied 140.8 points as he flew to 137m.

Norway's Johann Andre Forfang finished third, registering the furthest distance of the day of 138m but only coming away with 138 points.

Qualification and team rounds do not count towards the World Cup standings, however.

The Olympic team champion has a combined total of 677.0 with Ryoyu Kobayashi now his nearest challenger on 659.7.

Johansson won both the qualifying and competition in Oslo, as well as registering the best mark in the team event in the capital.

The large hill competition in Lillehammer will now be held tomorrow.

Women were also in qualification action today as part of their Raw Air Tournament.

Olympic and world champion Maren Lundy was the best performer for hosts Norway, flying out to 141.5m for a massive 152.1 points.

Katharina Althaus of Germany and Nika Kriznar of Slovenia shared second place on 138.8.

Lundby, who won qualification in Oslo but was only fifth in the competition, now leads the Raw Air with 473.3 points.

Althaus has 458.2 in second and Oslo victor Daniela Iraschko-Stolz is third on 447.7.

Austrian Iraschko-Stolz was only 10th in today's qualification session.

Unlike the men's overall World Cup, the women's event has not been settled with six legs left to go so there is plenty riding on tomorrow's competition.

With 100 points available for a victory, Lundby leads by 280 in front of Althaus.