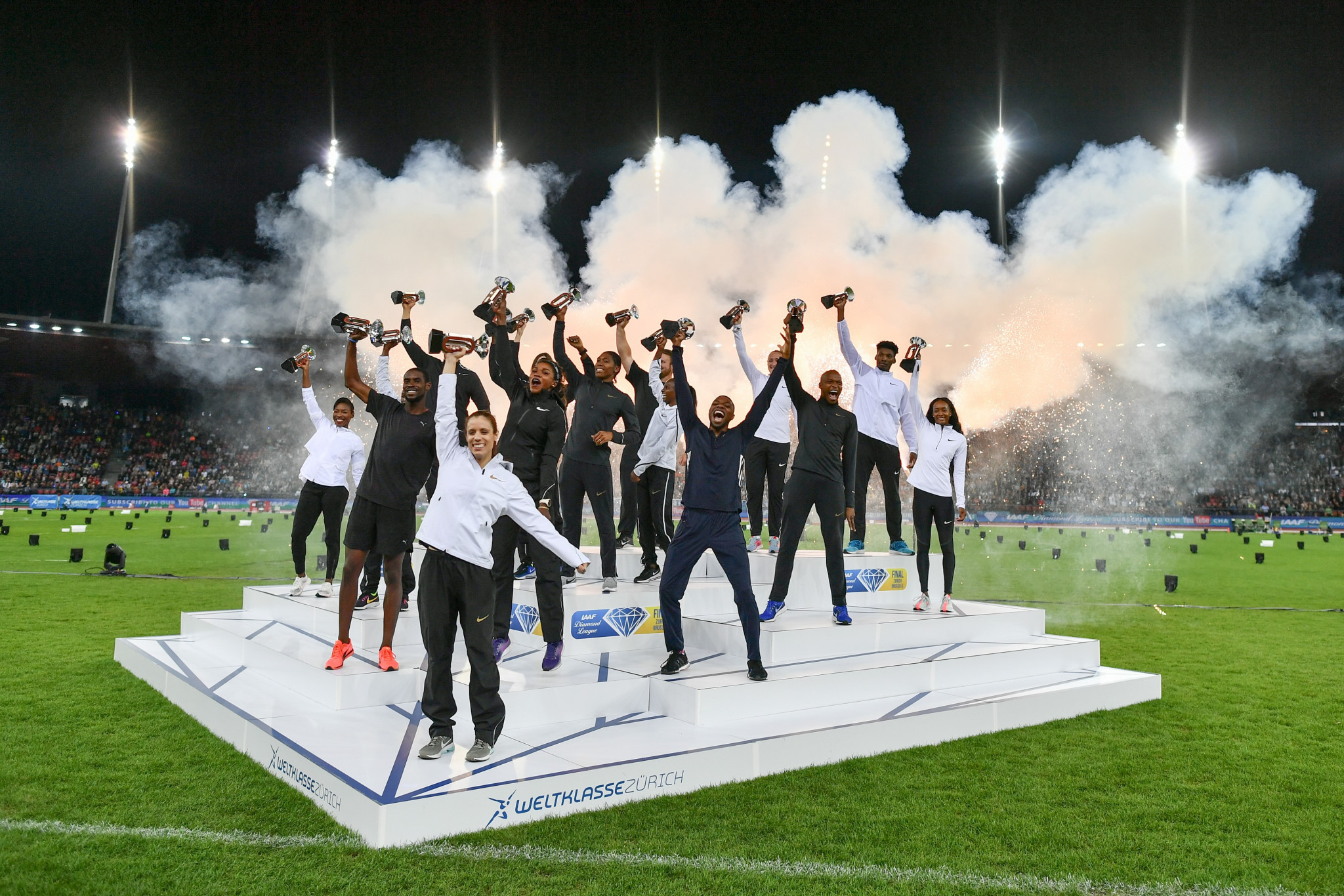 The International Association of Athletics Federations (IAAF) today announced changes to its Diamond League format as of 2020, including a drop from 32 to 24 events, a reduction from 14 to 13 meetings and a decrease of the maximum current track event distance of 5,000 metres to 3,000m.

The IAAF Council, which concluded its two-day meeting in Doha, also ratified plans to hold Diamond League meetings on a regular weekly basis and to reduce the current model of two "winner-takes-all" finals - currently staged by Zurich and Brussels - to a single seasonal finale.

The current "window" of 120 minutes for TV broadcasters will be reduced to 90 minutes.

A decision on which four disciplines - from both the men's and women's programme - will be dropped from the current line-up will be taken at the end of the summer, and the line-up will be reviewed annually.

The changes to a competition format that had its first showing at Doha in 2010 were announced by the recently appointed IAAF chief executive Jon Ridgeon, Britain's former Olympic sprint hurdler who has co-chaired the working group looking into proposed changes to the Federation's flagship commercial event.

"Bearing in mind that this year the Diamond League is 10 years old, it was the perfect time to take what was already a very good product but to make it better," said Ridgeon.

"I think all the stakeholders agreed that it was time for the next evolution.

"The idea was to bring together the very best one-day meetings in a high quality international circuit which gives athletes a really compelling and rewarding reason to compete, so that Diamond League always represents the very best of athletics.

"To create a more consistent, fast-moving, action packed format for broadcasters, and also to provide the fans with a really persuasive reason to come back to the sport week-in, week-out.

"Because the whole idea of the Diamond League is that it represents the best athletics, the shop window for athletics, outside the Championships.

"It's going to be a circuit of the very best one-day meetings with the same core of disciplines for men and women, with the top global athletes going head-to-head for points to qualify them for the place in the season's final.

"I can also confirm that the winners in the IAAF Diamond League final will receive automatic qualification for the World Championships.

"The market very much told us that the current two finals should be replaced by one thrilling night of athletics at the end of the season to give that year-long narrative an exciting conclusion.

"It was also agreed that the current 32 disciplines within Diamond League will be replaced by 24 disciplines - 12 men's and 12 women's will form the core discipline.

"Plus the longest distance that will be raced over in the Diamond League will be the 3,000 metres.

"Also there's a renewed focus on innovation with the field events - we are going to be seeing more field events outside the stadium in a city centre environment.

"And also within the stadium as well, we will be innovating so we can really bring some of the field events to life that sometimes are lost a little within the multi-ring circus of an athletics event.

"Finally, working with our rights holders and  broadcasters, we are going to reduce the current 120 minutes broadcast to a really fast-paced 90 minutes Diamond League window.

"The market again told us that consistency in the calendar is important, so we are looking to create a programme where you have a Diamond League meeting per week that gives that narrative all the way through, rather than the situation you currently have where you can have up to three meetings in the same week.

"In terms of the reduction of the number of disciplines, we are going to make those decisions at the end of the summer once we've been able to see which disciplines are throwing up the best head-to-heads, where the most interest is happening.

"The motivation for this is twofold.

"With a 90 minute window there is just less time for events.

"Secondly we are going to decide which are the most entertaining disciplines that represent the best shop window for the sport.

"We will do that on the basis of an annual review."