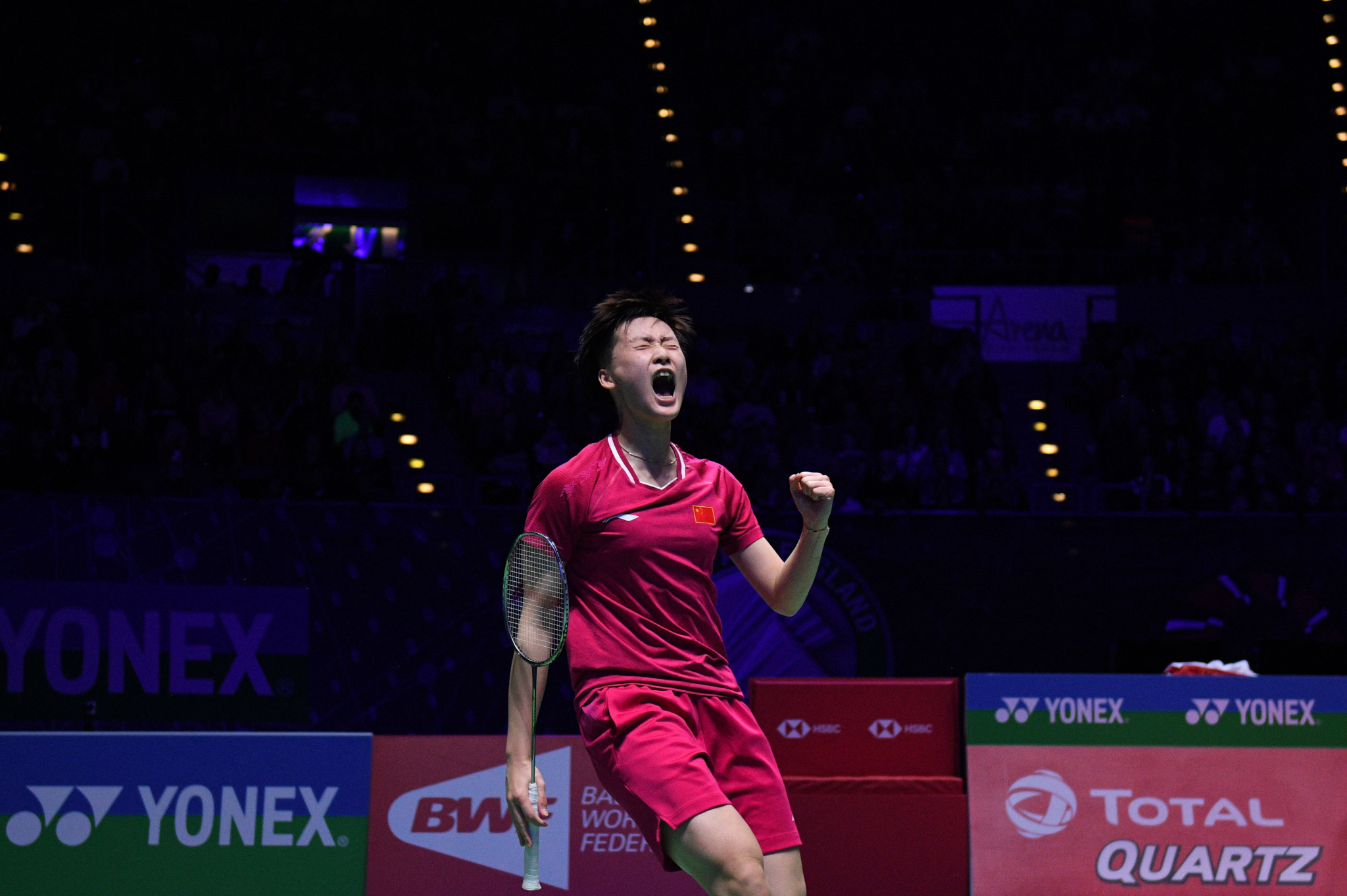 Newly-crowned All England Open Badminton Championships winner Chen Yufei will be looking to add another prize when she competes at the Swiss Open.

The Chinese 21-year-old claimed one of the sport's most prestigious titles yesterday when she defeated Tai Tzu-ying in the women's All England final in Birmingham.

She has been named as the top seed in Switzerland with action beginning at St. Jakobshalle in Basel tomorrow.

The world number four has been handed a first round clash with France's Qi Xuefei.

China's second seed He Bingjiao has withdrawn from the tournament so third-seeded Indian Saina Nehwal could be Chen's biggest challenger.

The triple Commonwealth Games gold medallist will meet a qualifier in her first round clash.

Sung Ji-hyun of South Korea is seeded fourth after reaching the last eight at All England and will play home Swiss hope Sabrina Jaquet.

Defending champion Sayaka Takahashi of Japan is not in the draw.

In the men's singles, Shi Yuqi is the top seed for China after failing with his All England title defence.

The World Championship runner-up lost to Denmark's Viktor Axelsen in the last four in Birmingham, who in turn was defeated in the final by Japan's reigning world champion Kento Momota.

Shi will meet France's Brice Leverdez in round one.

China's reigning Olympic champion Chen Long is the second seed after a disappointing All England which saw him knocked out in the first round.

He will open his account against Japan's Yu Igarashi.

Axelsen, who won the world title in 2017, is also in the draw as the third seed while Beijing 2008 and London 2012 Olympic champion Lin Dan of China is ranked seventh.

Indonesia's Asian Games gold medallist Jonatan Christie is seeded sixth in a strong field, while India's Sameer Verma will defend his title as the eighth seed.

The event is a Super 300 level tournament on the Badminton World Federation World Tour, with qualifiers beginning the action on day one.

Both events will conclude on Sunday (March 17).