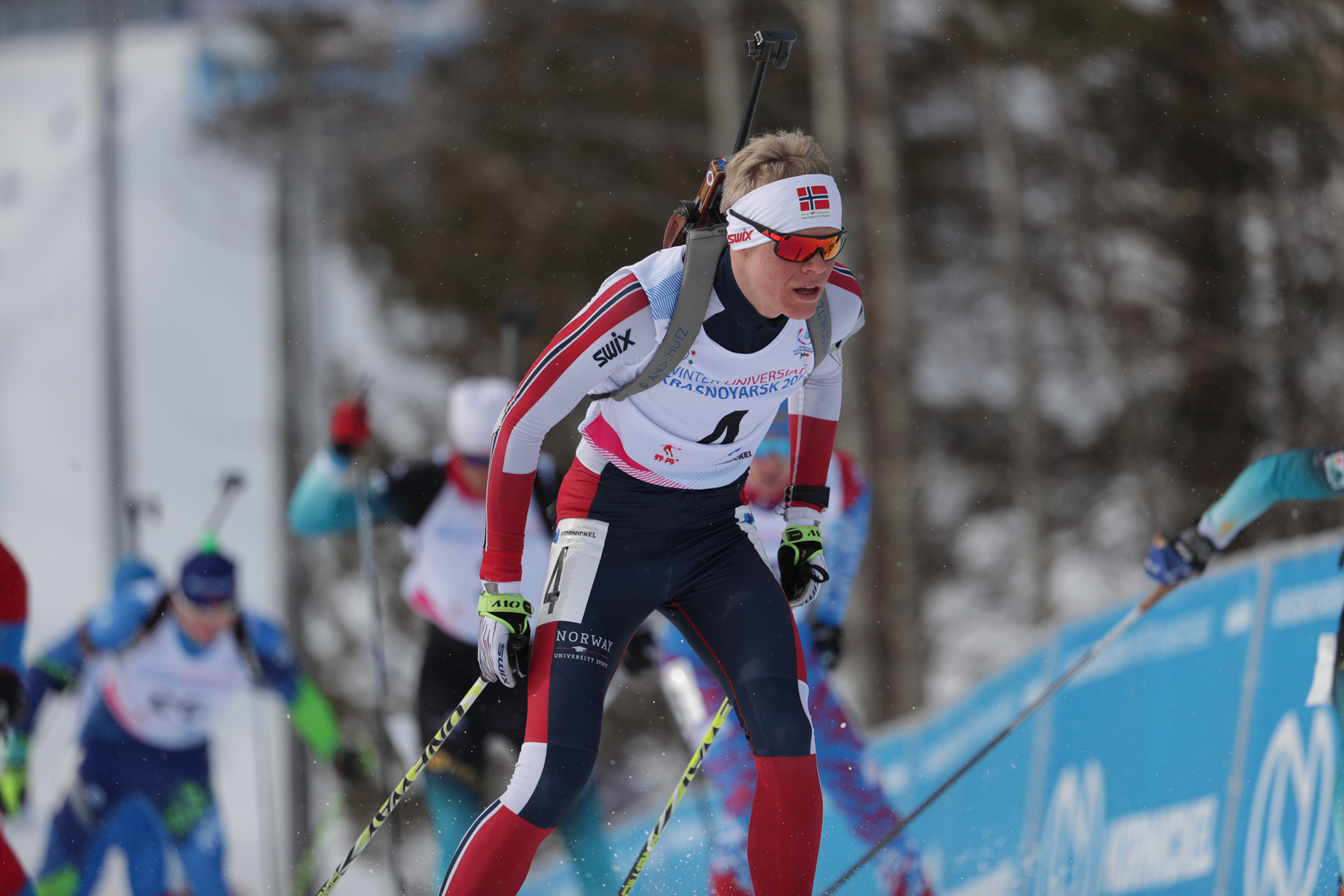 Russia had won gold in all eight of the previous biathlon events held here.

Uldal prevented a complete Russian clean sweep by winning the men's mass start in 40min 18.7sec at the Biathlon Academy.

Russia failed to get on the podium at all, with Maksim Varabei of Belarus finishing second in 40:54.1 and the Czech Republic's Adam Vaclavik in third with a time of 41:15.2.

"It's the best race of my life," said Uldal.

"It's the best experience I've ever had.

"The track was difficult, almost no downhill runs, and a lot of uphill climbs, that's why I had to do my best."

Russia dominated as normal in the women's mass start which preceded the men's, with Ekaterina Moshkova taking her third gold medal of the Universiade by winning in 42:05.7.

Her compatriot Elisaveta Kaplina was challenging Moshkova throughout the race, but had to settle for second after finishing in 42:09.7.

Natalia Gerbulova took bronze in 42:40.1 to secure an all-Russian podium.

Norway had more success away from the Biathlon Academy, in the ski orienteering at the Raduga Cluster.

Norway's Joergen Baklid took gold in the middle distance final with a time of 35:25, in front of Sergei Gorlanov of Russia who finished in 35:28.

Finland's Liisa Maija Nenonen triumphed in the women's event, with her time of 37:07 surpassing Russia's Marina Viatkina in 37:14 and the Czech Republic's Petra Hancova in 37:26.

There was more gold for Russia in today's Alpine skiing and snowboard events.

Ekaterina Tkachenko triumphed in the women's slalom with a time of 1:32.45.

In the women's snowboard slopestyle, Russia's Elena Kostenko won after scoring 76.75 on her second run.

Anastasiia Loginova finished as the silver medallist on 71.25, while Ekaterina Kosova rounded off the all-Russian top three on 68.75 points.

The men's gold went to Anton Mamaev, despite the Russian scoring 26.25 on his first run.

He achieved the winning score of 95.00 on his second run, better than his compatriot Vlad Khadarin's score of 92.00