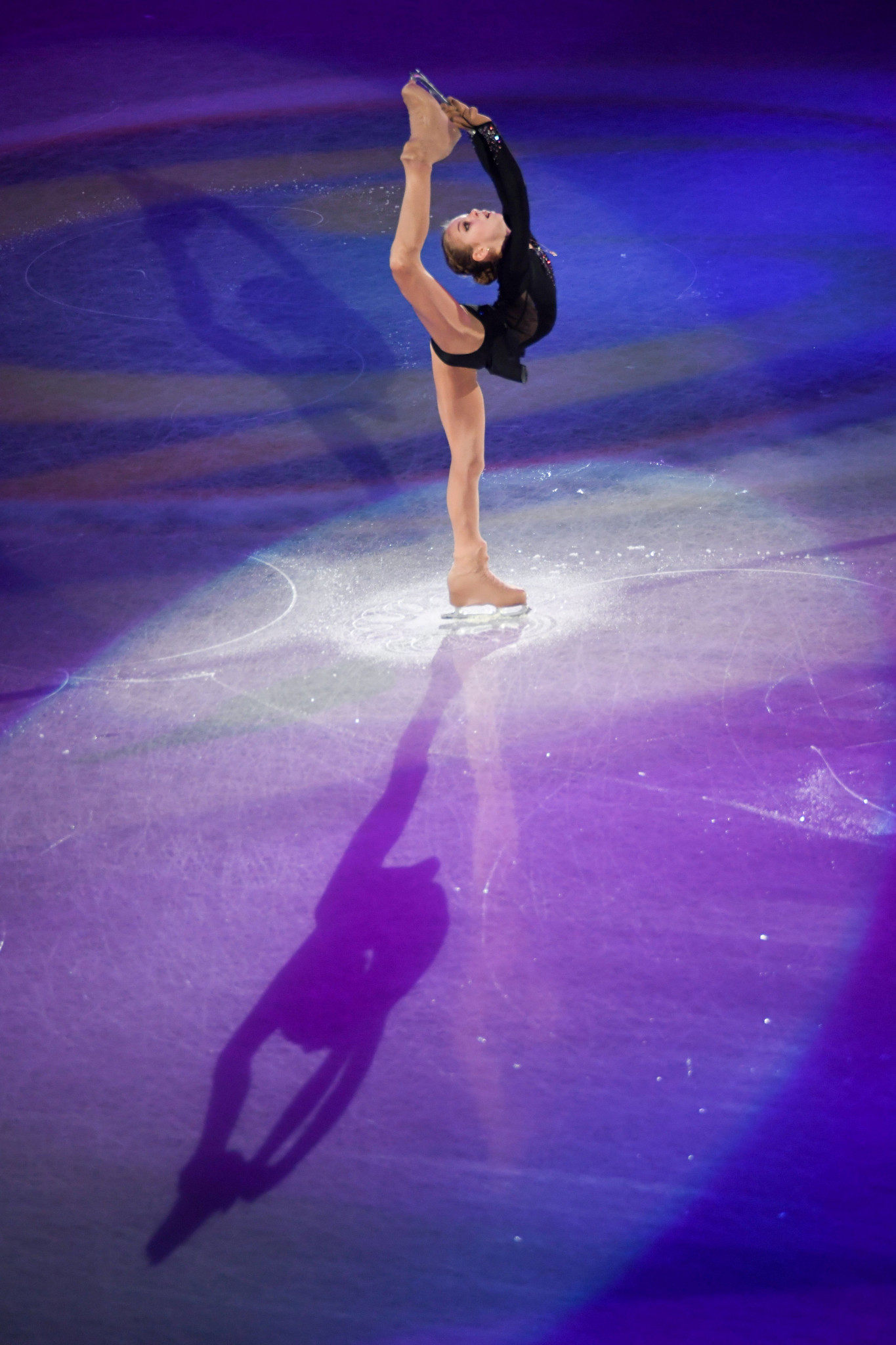 Trusova had trailed compatriot Anna Shcherbakova after the women's short programme at Dom Sportova in the Croatian capital, scoring 72.49 points to her rival's 72.86, but moved ahead in the final day's free programme to finish with a winning total of 222.89.

The 14-year-old is already one of best competitors in the world but has so far not been able to compete at senior level due to rules on age.

She won the Russian junior title in January with a free programme score of 164.44 points, higher than the current world record set by compatriot and Olympic champion Alina Zagitova.

This was not recognised by the International Skating Union, however.

Shcherbakova took silver on 219.94 in front of Ting Cui of the United States, who totalled 194.41 having finished third in the previous day's competition.

Lajoie and Lagha compiled a total of 176.10 points, performing to the Warsaw Concerto by Richard Addinsell, to win their first medal at these Championships in their fourth consecutive appearance.

They ended a 13-year wait for Canadian gold after reigning Olympic champions Tessa Virtue and Scott Moir won in 2006.

Russia's Elizaveta Khudaiberdieva and Nikita Nazarov took silver on their debut with 171.22 and bronze went to their compatriots Sofia Shevchenko and Igor Eremenko, who totalled 170.43.

Lagha, 19, said: "In the past two years we had a lot of disappointing results - sixth in the [Grand Prix] final last year in Nagoya, from second to fourth place at Junior Worlds last year, fourth at the final by 0.03 points in our own country.

"After each of those competitions we still stood up and we analysed our programme.

"We're really happy that the work finally paid off."

Lajoie, 18, said: "We feel amazing about this [being the first Canadians to win since 2006], especially since they are our inspiration and we hope to follow in their footsteps."