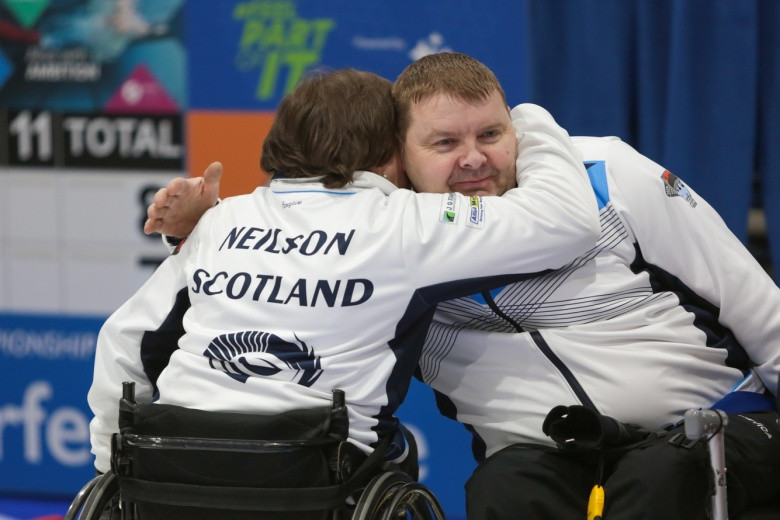 Scotland achieved a major surprise on home ice as they earned a place in tomorrow's final of the World Wheelchair Curling Championships in Stirling as they defeated defending champions Norway 7-3.

The home side, skipped by Aileen Neilson, will now meet the Paralympic champions, China, who beat South Korea 5-2 in the other semi-final.

Earlier in the day at The Peak venue, Scotland, who had finished third in the round robin, earned their place in the last four by defeating Slovakia 7-6 after an extra end in their play-off match.

The Korean team won the other play-off match emphatically with a 10-2 scoreline over Switzerland.

China and Norway had earned automatic places in the semi-finals after finishing in the top two places after the round robin matches, where both amassed eight wins and three losses.

Scotland had secured third place with a 5-3 win over Canada in their final round robin match.