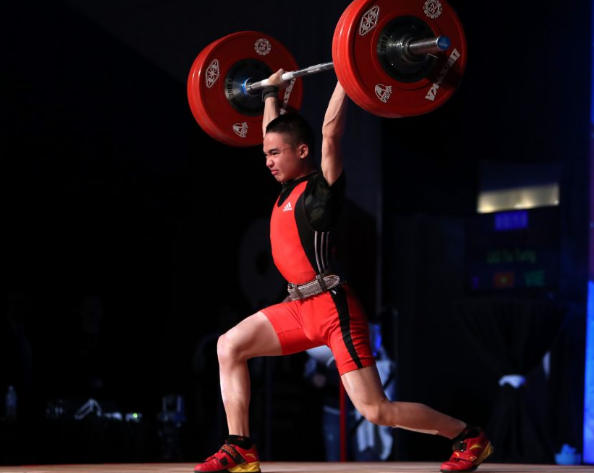 The 15-year-old dominated the men's 49 kilograms division which was the only weight class held on day one at the Westgate Las Vegas Resort and Casino.

Tu, who was already the Asian youth champion, won the overall title with a huge 220kg, more than 40kg more than the silver medallist.

This was a youth world record - as were his snatch and clean and jerk lifts of 95kg and 125kg respectively.

The Romanian won a third medal with snatch bronze thanks to a lift of 79kg.

Turkey's Mustafa Erdogan did enough for the overall bronze on 177kg, while also claiming the snatch silver with 82kg.

Joe Vargos Santos of Ecuador won clean and jerk bronze with a best lift of 98kg.

Four categories will be held tomorrow in the American entertainment capital.