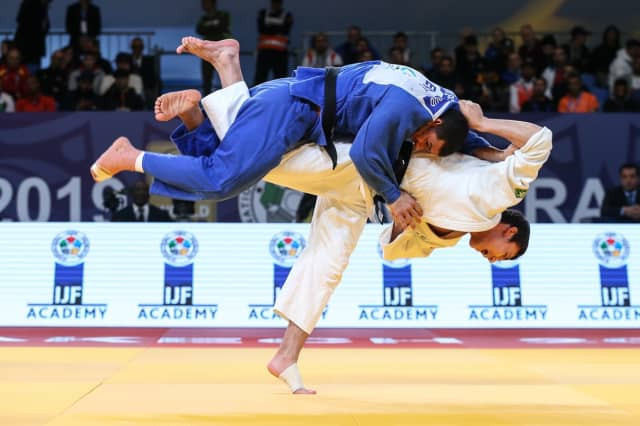 The Central Asian nation triumphed in the men's under-60 kilograms and men's under-66kg divisions in Morocco.

In the former, six-time Grand Slam medallist Sharafuddin Luftfillaev came out on top as he defeated Artem Lesiuk of Ukraine in the final.

A huge koshi-guruma for a waza-ari gave the Uzbek the title in golden score at the Exhibition Centre.

Number one seed Amiran Paulnashvili of Georgia had to settle for bronze alongside Yanislav Gerchev of Bulgaria.

He threw African champion Mohamed Abdelmawgoud of Egypt for ippon in the final.

France's world number one Amandine Buchard Nordmeyer ensured the under-52kg went to form as she struck Spain's Ana Perez Box with ippon in the final.

Bronze medals went to Gefen Primo of Israel and another Spaniard in Estrella Lopez Sheriff.

The Taiwanese forced Poland's Anna Borowska to tap out.

Timma Nelson Levy won another bronze for Israel alongside Hedvig Karakas of Hungary.