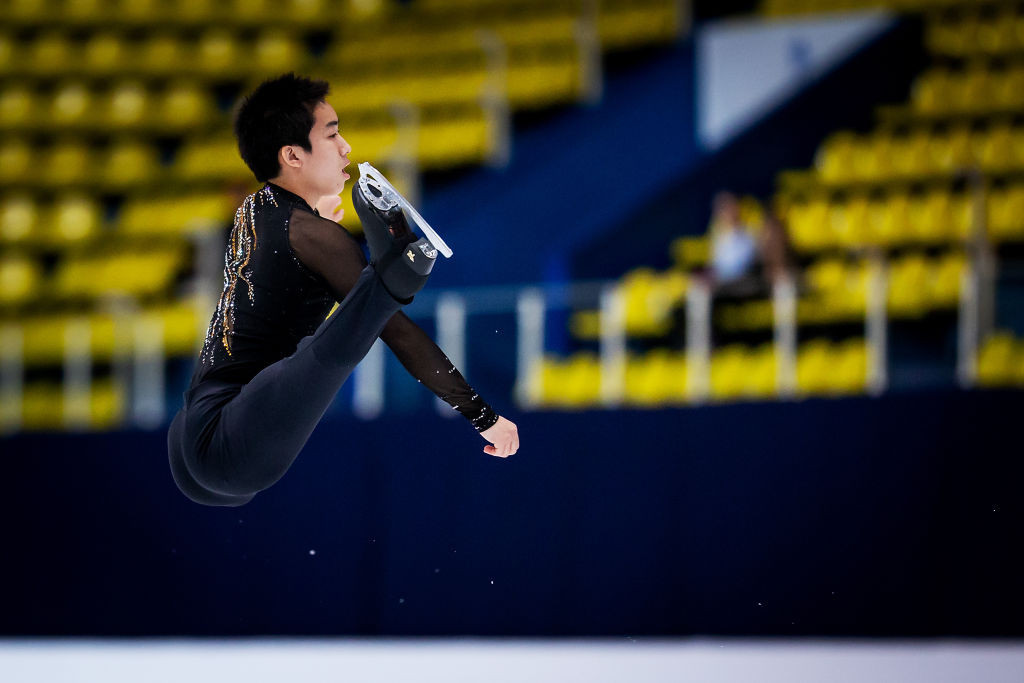 Tomoko Hiwatashi of the United States won the men's title at the Junior Figure Skating World Championships in Zagreb.

The American was second after the short programme in the Croatian capital and also produced the second-best free skate today at Dom Sportova.

His routine today included a quad toe-triple toe combination, followed up with a triple Axel-double toe.

He popped the second planned quad toe into a double but went on to complete five more triple jumps and another Axel.

Savosin won the free skate on 150.95 and climbed up to second from sixth at the halfway point.

Daniel Grassl of Italy won bronze on 224.67 as American short programme winner Camden Pulkinen produced the ninth best display of the day to slip down to eighth.

"When I saw the free programme score of 148 points and second place in free, and since I was second in the short programme too, it all added up as two and I thought I was second," said Hiwatashi.

"But when I saw 230 points in total I could not believe it, because I did not think I could win.

"I am very excited to go back home with my gold medal."

Anna Shcherbakova has 72.86 points in front of defending champion Alexandra Trusova on 72.49.

Both the women's and ice dance competitions will conclude tomorrow on the last day of the event.