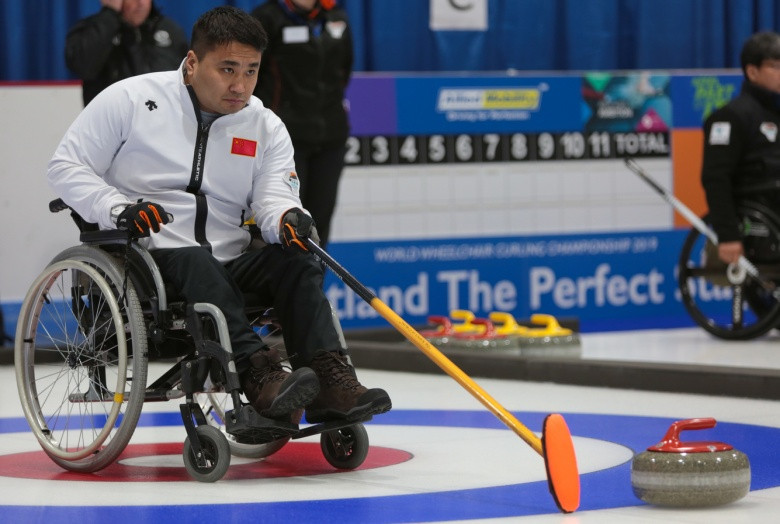 Defending champions Norway moved clear of China to top the round robin rankings at the World Wheelchair Curling Championships in Stirling, Scotland, thanks to an 8-1 win over Latvia in the final session of day five.

Earlier in the day, China - the Pyeongchang 2018 gold medallists - drew level with a 4-3 extra-end win over Russia as Norway sat out the session.

But China ended the day on a down note as they lost 7-5 to Slovakia and now stand with a record of 6-3, with Norway holding a 7-2 advantage.

Hosts Scotland maintained their chances of progressing with a 5-4 win over Russia in the day's evening session at The Peak venue, while Switzerland earned a 6-5 win over Estonia.

In the afternoon session, the game between South Korea and Germany also went to an extra end before Korea won by 8-5.

China continue tussle with Norway for pole position at #WWhCC2019

In the other games, Estonia beat Latvia 11-3, while Canada were 7-3 winners over United States.

With his side temporarily sharing the overall lead, China's skip Haitao Wang said: "We played better than them to win that game.

"We're at the top now but we must still do our best in the games still to come."

Tomorrow will see the final round robin action before Saturday's (March 9) semi-finals, with the medal matches scheduled for Sunday (March 10).

Germany, on just one win, remain at the bottom of the table and, in their three remaining games, their attention must now turn to trying to avoid one of the three relegation places from this event.