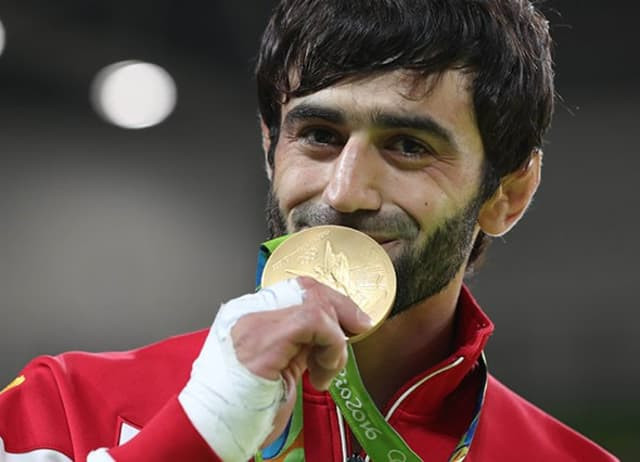 Russia's Beslan Mudranov is among a number of Olympic medallists who will be looking to make their mark at the International Judo Federation (IJF) Grand Prix in Marrakech.

The world number 33 has fought in five IJF competitions since his Olympic triumph at Rio 2016.

The five-time Grand Prix winner only has a bronze medal from the 2018 Grand Slam in Yekaterinburg to show for his efforts since his comeback in 2017.

Coach Ezio Gamba is always loyal to his top champions and is expected to keep offering them opportunities to return to form despite the arrival of a group of new contenders from whom the Italian master will pick his Tokyo 2020 representative in the men's under-60 kilograms category.

Three Russian judoka are now ahead of Mudranov, 32, in the rankings.

World number one Robert Mshvidobadze has placed well at his last nine events, including second at the World Championships in Azerbaijan's capital Baku and first at the World Masters in Chinese city Guangzhou, while world number nine Albert Oguzov and world number 11 Islam Yashuev are both highly regarded at global level.

In a late change, Mudranov has been moved from the under-60kg category to the under-66kg division in Marrakech, where he will make his debut at the heavier weight.

Another Olympic medallist hoping to shine at the Moroccan city’s Exhibition Centre is Canada's Antoine Valois-Fortier in the men's under-81kg event.

The 28-year-old, who won bronze at London 2012, returned to action last month at the IJF Grand Slam in German city Düsseldorf after a back injury had kept him out since May 2018.

The two-time world medallist lost his first contest in Germany to world number 46 Stuart McWatt of Great Britain by a waza-ari score from a seoi-nage.

"I had a back surgery to fix disc issues I had in my lower back," Valois-Fortier said.

"My preparation has been going well.

"I am very happy to be healthy and just need to find my competition rhythm.

"Marrakech is important for me because I am behind in Olympics qualification points and need a good result at this event to catch up."

Pavia, 30, returned to competition in 2018 after a two-year absence, during which time she started a family.

The four-time IJF Grand Prix winner has returned to the same women's weight category, under-57kg, but has found the road back to be a challenging one.

She finished fifth at the Abu Dhabi Grand Slam last year and placed seventh at the Paris Grand Slam in February.

Watch all the action from Marrakech on Judo TV.