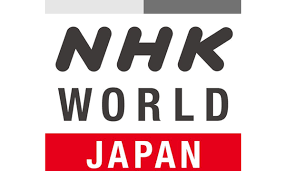 Japan's national public broadcaster NHK is aiming to start simultaneous online streaming of its television programmes prior to the Tokyo 2020 Olympic and Paralympic Games after a bill to revise the broadcast law to allow it to do so was approved.

The bill, approved by the Cabinet of Japan's Prime Minister Shinzō Abe, is expected to be enacted in the current National Diet session.

Japan Today reports that NHK aims to start the service in fiscal 2019.

"We would like to meet public demand for watching programmes on their smartphones," Masatoshi Ishida, Minister of Internal Affairs and Communications, said.

Up to now, NHK’s simultaneous streaming has been restricted to disaster and live sports coverage, amid fears an expansion could impact on Japan's private broadcasters.

The bill means NHK will be required to reveal the costs of its streaming service, with the Government putting a greater emphasis on transparency.

In September of last year, Olympic Broadcasting Services (OBS) and Alibaba Cloud launched OBS Cloud - an innovative broadcasting solution operating entirely on the cloud to help transform the media industry for the digital era - that is set to be in place for Tokyo 2020.

OBS Cloud aims to offer all the necessary cloud components, in specialised configurations, to support the extremely demanding content production and delivery workflows of broadcasting the Olympic Games.

Apart from providing increased flexibility and scalability, the use of OBS Cloud may also help with the limited time frame that broadcasters have to set up, test and commission their on-site systems in the host market.

OBS can now provide most of the visual and audio assets of the Olympic Games to all Rights Holding Broadcasters through the new cloud platform.

Broadcasters can also set up their own content creation, management and distribution on the new system.

Furthermore, they will have, after the Games, the flexibility to move their deployment home or keep the asset within OBS Cloud for future Olympic events.