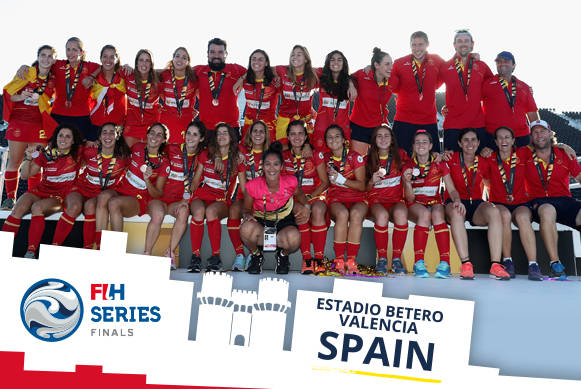 The International Hockey Federation (FIH) has confirmed the pools for their FIH Series Finals events in Valencia and Le Touquet.

Both events will involve some of the best emerging teams in the world and offer a route to the Tokyo 2020 Olympics.

The top two teams from each of the FIH Series Finals will secure a place in the qualification events for the Games in Japan's capital, that will be held in October and November 2019.

In the women's event in Valencia, hosts Spain will play with Belarus, Canada and Namibia in Pool A.

Pool B will feature South Africa, Italy, Wales and Thailand.

The men's event in Le Touquet includes hosts France in Pool B alongside South Korea, Ukraine and Chile.

Ireland, Egypt, Scotland and Singapore will contest Pool A.

The Valencia event will take place between June 19 and 27 this year.

Le Touquet will take centre stage between June 15 and 23.

If Scotland or Wales are successful, they cannot qualify for Tokyo 2020 as England is the nominated country for Great Britain's Olympic pathway.