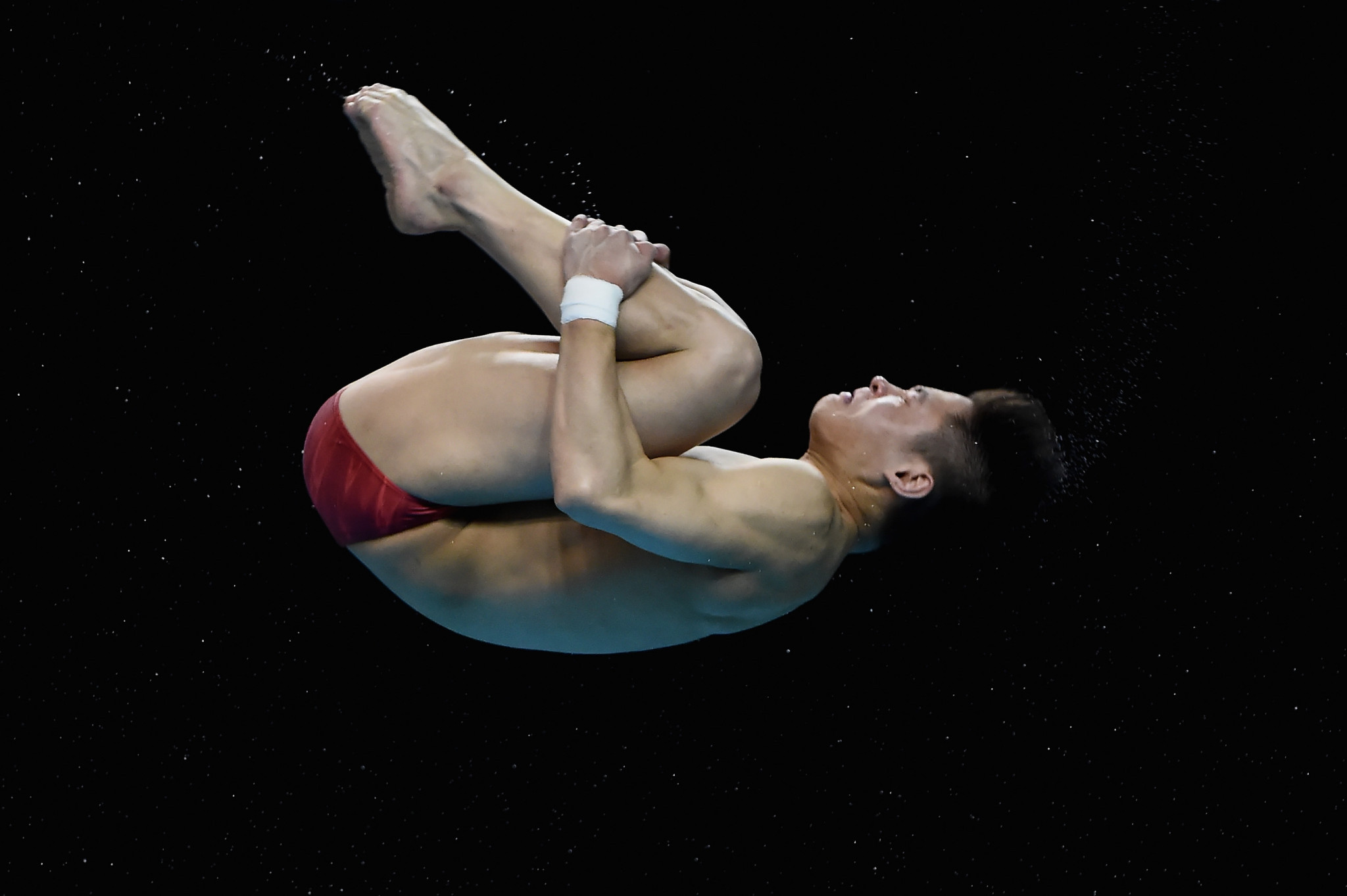 China won all three titles on the final day of the International Swimming Federation Diving World Series in Japan to finish the competition with a 100 per cent record.

The sport's powerhouse won all seven titles on the first two days of the event at Sagamihara Green Pool and did not take their foot off the gas today.

Jian Yang won the men's 10 metre platform competition as he ended on 586.20 points after his six dives.

It meant Britain's Tom Daley, a two-time world champion in the discipline, had to settle for silver on 579.85 as Aleksandr Bondar of Russia won bronze on 545.90.

In the women's 3m springboard, two-time Rio 2016 Olympic champion Tingmao Shi topped the pile with a score of 382.05.

Compatriot Hang Wang took silver on 378.90 as Canada's Jennifer Abel did enough for bronze on 353.40.

Abel claimed another medal as she took Canadian silver alongside Francois Imbeau-Dulac on 327.93.

The Diving World Series circuit will now move to Beijing between March 7 and 9, where China will be looking for more success in front of a home crowd.