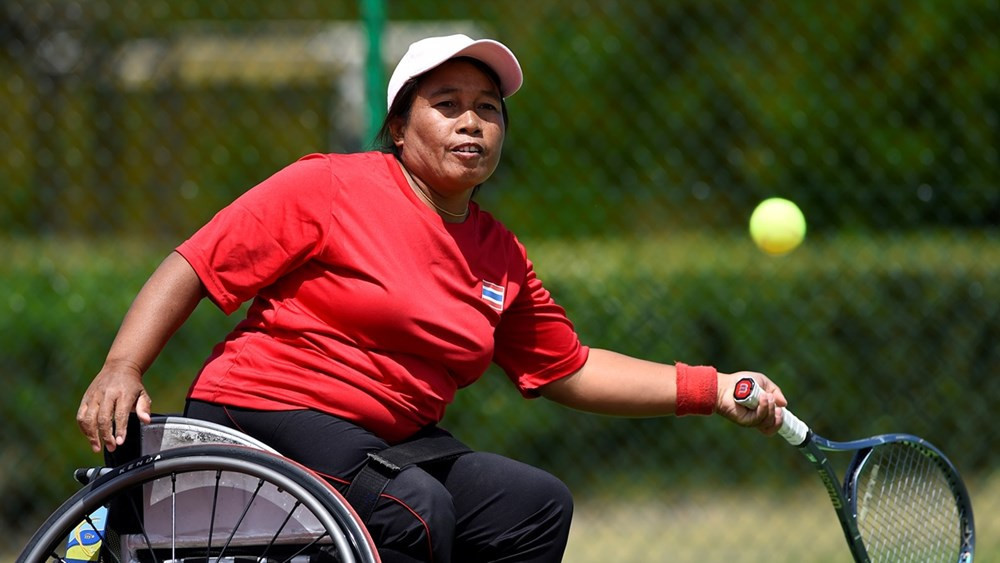 Thailand's women's team have booked their place at the 2019 International Tennis Federation (ITF) World Team Cup after recording a second resounding victory over host nation Malaysia in as many days at the Asian qualification event in Kuala Lumpur.

The big difference in the individual rankings of the Thai and Malaysian players once again translated into the results with world number 44 Wanitha Inthanin beating world number 62 Nur Aqidah Zainuddin 6-0, 6-0 for the second day in a row at the wheelchair event.

World number 10 Sakhorn Khanthasit then followed up her win yesterday by defeating world number 68 Faizatul Ahya Abdullah Thani 6-0, 6-1 in their latest meeting to give Thailand another unassailable lead after the singles rubbers.

With no way back for Malaysia, the doubles rubber was not played at the country's National Tennis Centre.

Thailand's 2-0 triumph in the best-of-three-ties series means that their women's team will contest the ITF World Team Cup finals for the 17th time when the 2019 edition is held in Israel from May 13 to 18.

In the men's event, Malaysia secured their place in the final against top seeds Sri Lanka after overcoming second seeds Thailand 2-1 in Pool Two.

With former world number 41 Abu Samah Borhan providing the hosts with the best possible start after beating Suwan Banjob 6-0, 6-2 in the opening singles contest, expectations were high that a deciding doubles rubber might be needed to settle the tie.

But Malaysia's Mohamad Yusshazwan Bin Yusuf turned his previous form against world number 30 Suthi Khlongrua completely on its head to defeat the Thai number one 7-6, 2-6, 6-1.

Khlongrua faced Yusuf for the third time in the last two seasons with the former having won both of their 2018 meetings in Thailand in straight sets.

Today's other men’s match saw Sri Lanka beat Australia 2-1 to earn a place in the final as the winners of Pool One.

But Dharmasena and Suresh Ranaweera proved the stronger combination in the doubles against Dunn and Weekes, winning 6-1, 6-4.

The men's final is scheduled to take place tomorrow.