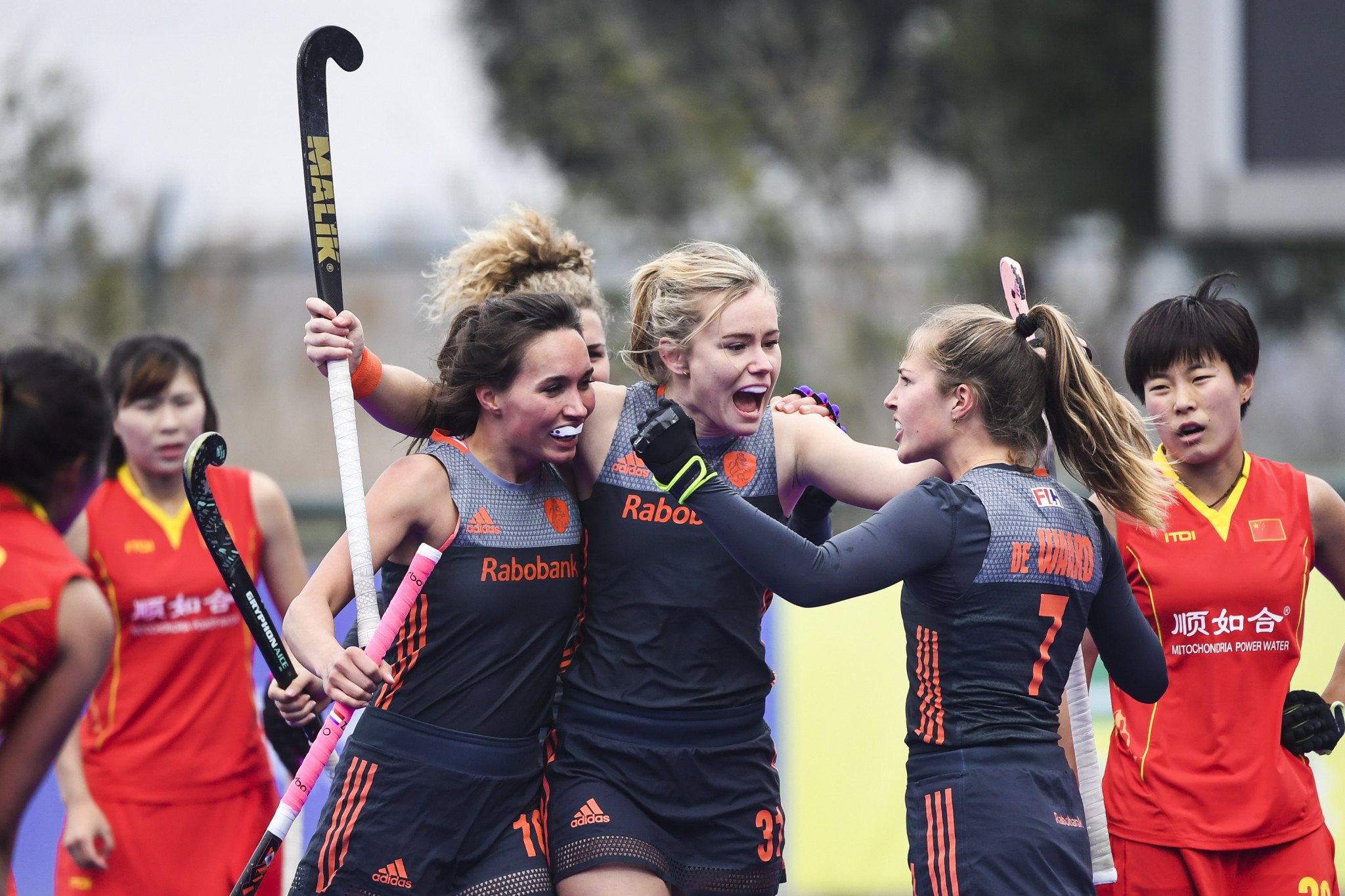 A late strike from Freeke Moes propelled The Netherlands back to the top of the women's International Hockey Federation Pro League standings as the world champions beat China 2-1 in Changzhou.

Moes' goal four minutes from time handed the Dutch team a fourth win from their opening five matches of the new tournament, all of which have been played away from home.

Victory for the visitors saw them move ahead of Australia, who had briefly gone top when they beat the United States yesterday.

The world's top ranked side made a bright start to the contest and took the lead through Lauren Stam's shot from a penalty corner 21 minutes in at the Wujin Hockey Stadium.

Chances were few and far between after that and The Netherlands remained in front through to the fourth quarter, when Guo Qiu levelled the scores with a close range finish.

The match looked to be heading towards a draw but Moes was in the right place at the right time to score the winner deep into the latter stages.

"I think it was an exciting match and we had a lot of chances, but it was a shame that we give ourselves more of a chilled match by scoring more goals," said Xan de Waard.

"But it was an exciting match to watch, though."

Action in the Pro League continues on Tuesday (March 5) as the Dutch men, the current European champions, face Germany in Rotterdam.