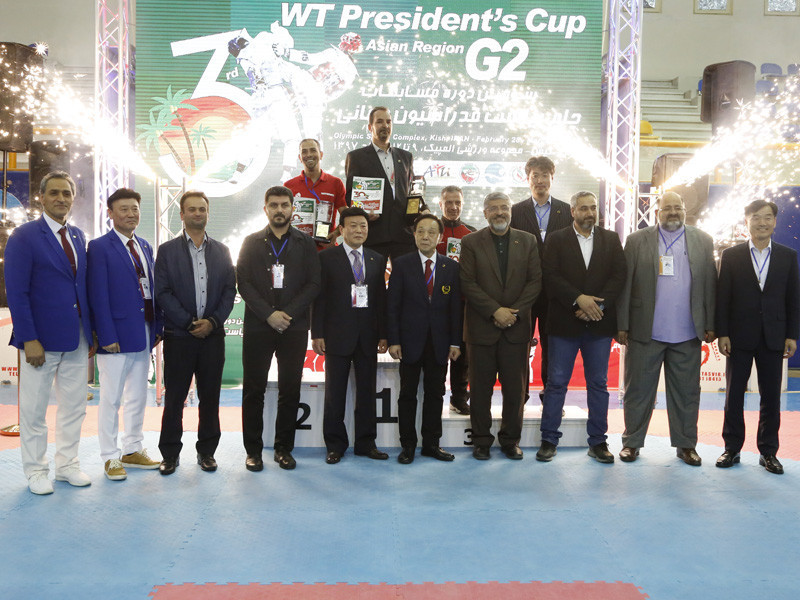 The home nation won nine gold and one silver across both men's and women's competition at the Kish Olympic Sports Complex.

Second in the men's standings were Jordan with one gold, one silver and one bronze for 206 points.

Syria came third with one bronze for 22 points.

Jordan were also runners-up in the women's rankings with one gold and 196 points.

Third place went to India with one bronze and 23 points.

Competition at the World Taekwondo G2-ranked tournament is due to conclude tomorrow.