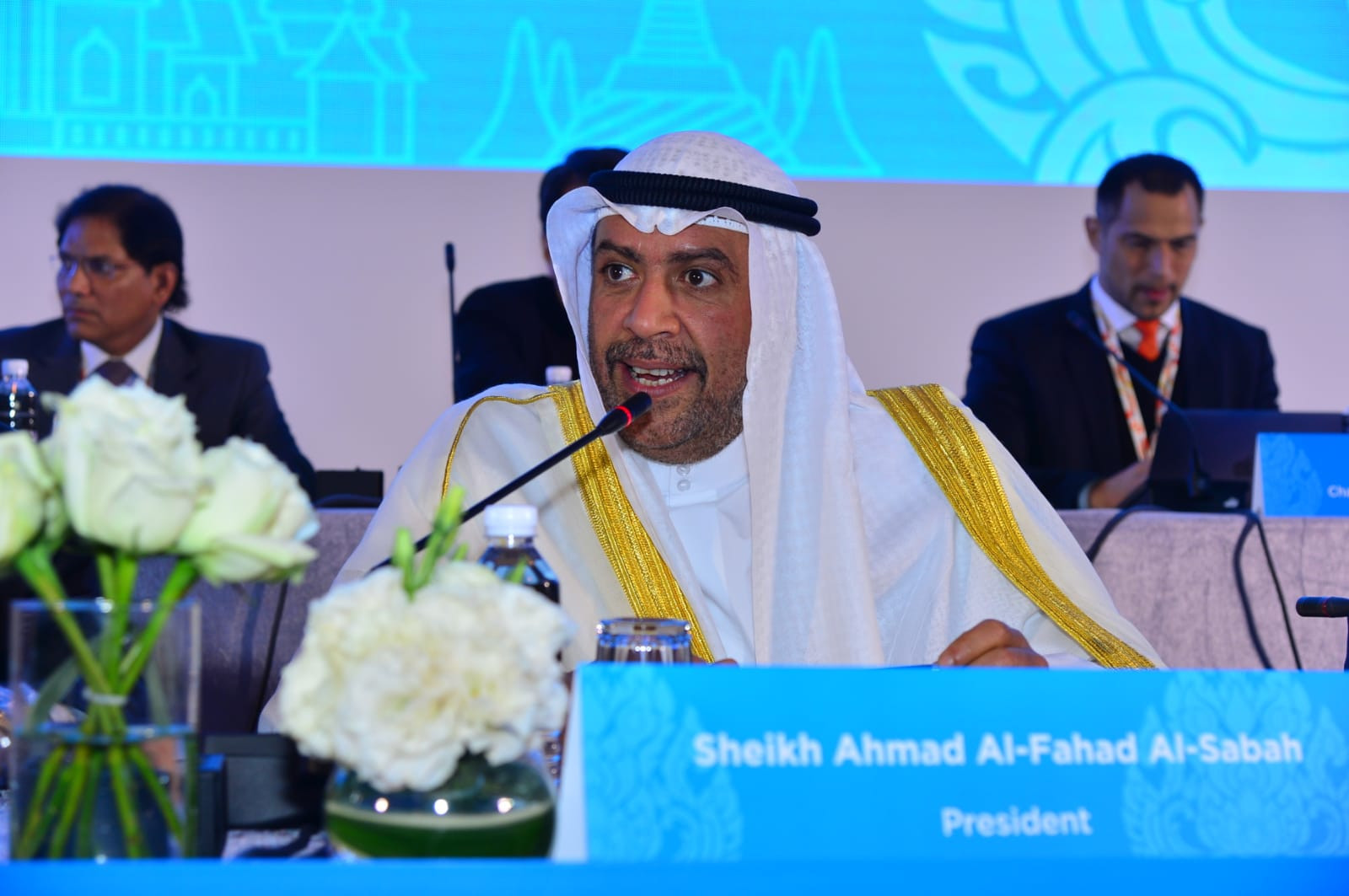 Sheikh Ahmad Al-Fahad Al-Sabah was today officially re-elected for an eighth term as President of the Olympic Council of Asia (OCA).

The Kuwaiti was elected unanimously, despite having stepped aside in December as President of the Association of National Olympic Committees (ANOC) following allegations of forgery.

He had been cleared by the OCA Ethics Committee to stand to extend his role as President, which had begun in 1991 when he succeeded his late father.

Tsunekazu Takeda, President of the Japanese Olympic Committee, also retained his position as a vice-president, despite being at the centre of a French police investigation into an alleged vote-buying scandal related to Tokyo's successful bid for the 2020 Olympic and Paralympic Games, which he led.

"I would like to express my gratitude to Asia’s NOCs for putting their faith in me to serve as OCA President for another four-year term," Sheikh Ahmad told delegates.

"I made it clear to the NOCs that I would leave it up to them to decide whether I should stand for President.

"I am here to serve them and I was humbled by their response.

"I will work hard over the next four years to repay this trust and ensure the best possible support for the NOCs of Asia and their athletes.

"As we have said, this is a very exciting time for the Olympic Movement in Asia.

"The next two Olympic Games following Pyeongchang 2018 are in Asia and our OCA events are very stable with most hosts for the next decade already decided.

"We heard very encouraging reports from many of our future hosts during this General Assembly and we will follow up with them as partners to provide the best environment for our athletes."

Sheikh Ahmad also offered his backing to Takeda, who denies wrongdoing and claimed he was "never involved in any decision-making process" relating to payments worth $2 million (£1.5 million/€1.75 million) made to Singapore-based Black Tidings during the bid from Tokyo 2020.

"We don't have any doubt about Mr Takeda," Sheikh Ahmad said.

"We are always happy to have him with us."

Takeda, though, continued to maintain the low-profile he has adopted since the allegations surfaced in January and did not attend this meeting where he was re-elected vice-president as Nagoya is due to host the 2026 Asian Games.

He missed Wei Jizhong, chairman of the OCA Ethics Committee, explaining to the General Assembly why they did not believe he should be debarred from standing for election.

Jizhong claimed that "some not proven accusations against him by foreign institutions" had "not proven him guilty of any wrongdoing".

Jizhong made no mention of the accusations against Sheikh Ahmad, although the OCA Ethics Committee had ruled that as the allegation was not linked to his role in sport it should not prevent him standing.

He is one of five people accused in Switzerland of creating fake videos to prove two Kuwaiti Government officials were guilty of coup-plotting and corruption.

The Kuwaiti denies wrongdoing and claimed that the allegations against him are politically motivated.

The OCA Ethics Committee had previously cleared Sheikh Ahmad of any wrongdoing after he was identified in a United States Department of Justice document in April 2017 in a case involving Guam's Richard Lai.

As a result, Sheikh Ahmad stepped down from his footballing roles, including as a member of FIFA's ruling Council, but has always maintained his innocence.

Sheikh Ahmad was standing unopposed and there was a large round of applause when his name was read out for election even before delegates officially had the opportunity to vote.

The only major change in the OCA's executive leadership was the election of Qatar's Thani bin Abdulrahamn Al Kuwari as the new vice-president for West Asia.

The OCA vice-presidents were completed by China's Song Luzeng and Yu Zaiqing.

Song will be responsible for the 2020 Asian Beach Games in Sanya and the 2022 Asian Games in Hangzhou.

Yu, also a vice-president of the International Olympic Committee, will over the OCA's relationship with ANOC.